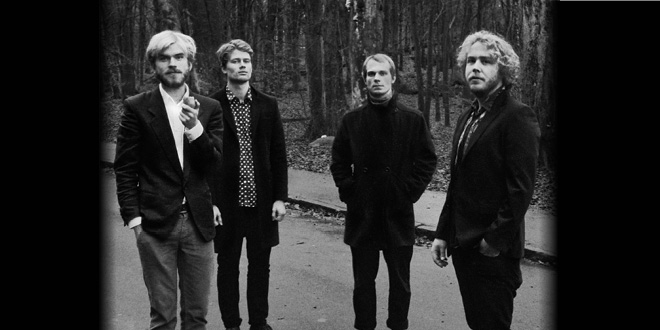 Alt-country star Benjamin Folke Thomas and his band return to The Hawth on Thursday 1 October. Benjamin appeared solo at Crawley Folk and Real Ale Festival in late June and now returns with his band. Their autumn tour follows the success of their Summer festival appearances and Spring tour which saw the release of their latest album ‘Rogue State Of Mind’.

Ben is an electrifying performer whose characterful and resonant vocal style is complemented by highly accomplished finger-style guitar. He is also an inspired and mature songwriter with influences including Warren Zevon, Leonard Cohen and early Dylan. His songs are marked by sensitivity and originality. Ben has gathered around him three brilliant musicians each complementing each other and creating an exciting show that is simply not to be missed.

Although now based in his native Sweden, Ben is no stranger to England. He lived in London for many years and built a substantial following playing venues large and small throughout the UK as well as festival appearances at Glastonbury, Green Man, Larmer Tree and Cropredy among others.

Ben is lucky to count legendary radio presenter Bob Harris amongst his fans. Last year, he travelled to Nashville with Bob as part of a BBC Introducing initiative. “Ben can really hold an audience,” Bob says, “so catch his show if you can and enjoy his instrumental virtuosity, sophisticated songwriting, and passionate vocals.”

8 Ways to Keep the Kids Busy this Summer