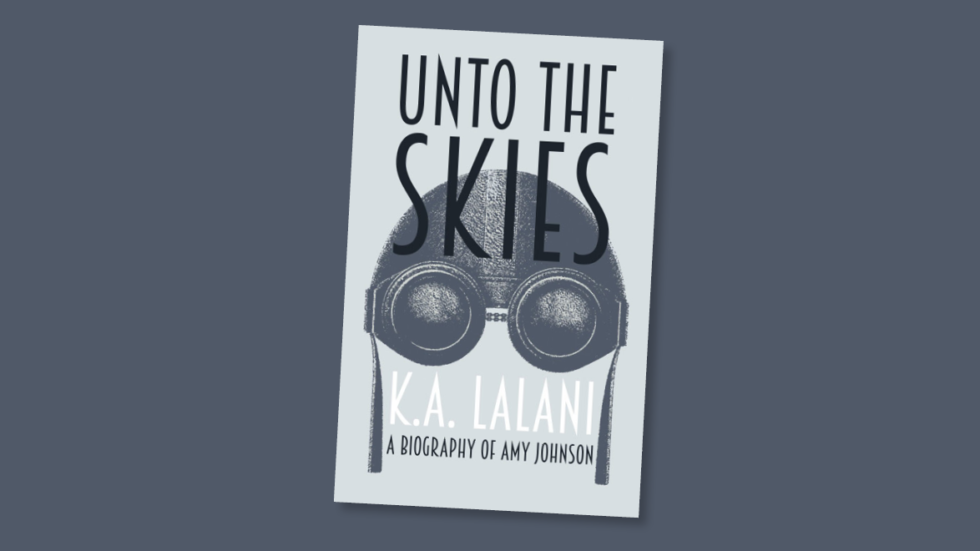 Unto The Skies: A Biography Of Amy Johnson, by Crawley author Karim Lalani is the compelling story of the lone British flyer who set out to break a record and then became the icon for a generation.

Author Karim Lalani, who lives in the Pound Hill area of Crawley and who is currently between jobs has been writing and submitting material to publishers since his early twenties. He says he enjoys the free rein writing gives him and his imagination and that at school English was his best subject.

Karim’s newest book is a biography of pioneering British aviator Amy Johnson, who was the first female pilot to fly alone from Britain to Australia. Flying solo or with her husband, she set numerous long-distance records during the 1930s, and in the Second World War she was a part of the Air Transport Auxiliary.

The inspiration to write about the remarkable life of Amy Johnson began for Karim whilst he was still at school. He says that in an assembly in the 1980s his head teacher was talking glowingly about a former typist turned flier who embarked on a solo flight to Australia 50 years earlier.

As well as Karim’s work, Amy Johnson has appeared in dozens of pieces of popular culture, including:

In 1942, a film of Johnson’s life, They Flew Alone, starred Anna Neagle as Johnson. The film is known in the US as Wings and the Woman.

Queen of the Air by Peter Aveyard is a musical tribute to Johnson.

In 2013, Doctor Who Magazine ran a comic story entitled A Wing And A Prayer, where the time-travelling Doctor encountered Johnson in 1930.

Time passed and the inspiration lay dormant, before in late 2000, Karim saw a news item on BBC South East about an attempt to establish what happened to Amy Johnson after her plane ditched into the Thames Estuary in January 1941, veering off course in adverse weather conditions.

That BBC news item sowed the seed for Karim, and he began to believe that the book was one he was destined to write. However, despite a huge admiration for Amy Johnson, and her phenomenal aviation achievements the writing and publication of the biography was far from an easy ride.

Karim, said: “The biggest challenge to me in writing Unto The Skies was the necessary research whilst being employed full-time. I took a lot of Fridays as annual leave to immerse myself in a project that took from start to finish over five years, the challenge since has been securing publication.”

On his writing, Karim, says: “I always find time to write even for just half an hour a day.” His advice for aspiring writers is simple, he says: “Be prepared for the disappointment of rejection and although it’s a cliché, whatever project you’re working on, get it written. Go back and edit later to get it right.”

Get Your Kicks & Join A Football Club