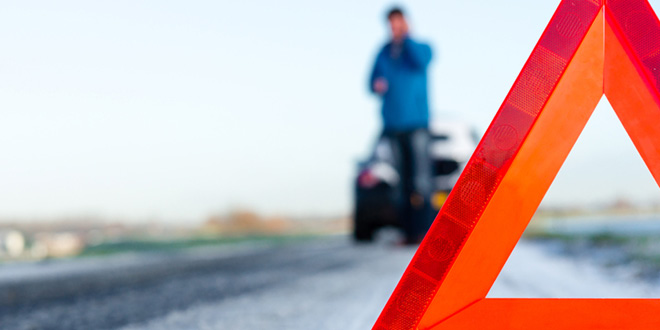 In the motor trade you hear a lot of different expressions, many of which are far too vulgar to repeat in print. However, there are the odd few that are quite poignant and even, dare I say it, useful. One that isn’t used enough these days though is “prevention is better than the cure”.

If we take a misty-eyed look back in time to the middle to late part of the 20th century, owning a car was still something of a luxury. It wasn’t something that everyone could afford and, in the grand scheme of things, still quite a new and novel thing. Many say it was a simpler time too. There were no computers, there were only three channels on the black and white TV, hair was longer and clothes were stranger.

Things were made differently too. Rather than meticulous robotics putting things together in an airtight chamber, it might have once been done by a bloke called Dave wearing a flat-cap, with a half-smoked ‘roly’ hanging out of his mouth. He’d have no doubt used a hammer, and at least three different swear words as part of the process too. As such, if you wanted things to last, they needed looking after a bit more. Take the motor car, for example, if you wanted it to stay reliable, you’d need to be getting it serviced at least twice a year.

As time has marched on, cars might have got more expensive, but manufacturers make many hundreds of thousands more of them, the process by which they are built is a lot better and the materials used, (in most instances), are a lot higher quality. The net result of this is vehicle manufacturers extending their ‘recommended service intervals’ further and further apart.

It’s all well and good that engine oils are a lot better quality and that an interval of over 15,000 miles between changes is okay, but a lot can happen to a car in that time. If it wasn’t for the annual MOT test (which is only really a basic inspection of the car and by no means a full certificate of health) there would be some very dangerous cars on the road. Not only that, it’s not unusual to find yourself hit with a larger than expected bill, as it’s been 18,000 miles since someone
last looked at the car and things have worn out under there. Our roads aren’t exactly billiard table smooth, are they!?

We are seeing a lot more people driving their cars until they break, these days, which is a real shame. This is partly due to those ever-expanding service schedules and partly due to the fact that owning a car today isn’t the privilege that it once was. It’s almost a consumable in today’s modern society. There are over double the amount of cars on the roads in the UK now, compared to when my grandfather set up Morley Auto Services in 1966 and most of them seem to be on the M25 when I want to use it.

Going back to my original point of prevention being better than the cure, here is a prime example: Vehicles fitted with a timing belt require this to be changed at regular intervals. It’s what you might call a service item, it does wear out. In some cases it’s a time consuming, and therefore costly, job. Let us say that all-in it costs £300 to do the job on Mr Smith’s car. Mr Smith is unsure whether he wants the job doing as it seems like a lot of money to spend when there are no obvious faults with the car, so Mr Smith leaves it. Two weeks later, Mr Smith’s timing belt snaps and the engine’s valves and pistons (previously kept apart by this belt) now become very intimate. What would have been a £300 job is now a £1500 engine re-build. Obviously this is a worst-case scenario, but it’s a perfect example of when prevention is better than the cure.

The same can be said of a set of brake pads, something that would be checked when the wheels come off as part of a routine service. A £70 brake pad change suddenly becomes a £200 set of discs and pads when the pads are left to wear out to the extent that they damage the disc.

It boils down to the fact that just like the human body, if you look after it, you won’t be at the doctors every two weeks. If you act on early warning signs, there will hopefully be no nasty surprises later down the line. So do yourself, your car, and your bank balance a favour, and get it looked at properly at least once a year.

Smartphone Apps To Save You Money On Your Car Insurance

Mid Sussex Hikers Step Out In The Rain For Local Hospice