A lot of thought has gone into this year’s impressive floral display in East Grinstead High Street. Town Gardener, Jenny Watson has been inspired by many different themes that relate to the town, and after months of careful planning, the beds are unveiled to the public.

The first bed represents Fairtrade, with plants that remind us of tea, coffee, sugar, bananas and pineapple. Canna Lilies have been used for bananas and grass for sugar cane.

Bed Two is inspired by the Myfanwy Townsend Charity that is run by East Grinstead resident, Harry Townsend, in memory of his wife. The charity raises awareness of Melanoma, a type of skin cancer.

This bed displays a large sun surrounded by dark planting, showing the importance of using protection and sheltering in the shade.

The third bed shows the link with East Grinstead as a dementia-friendly town and has been filled with blue flowers, as in the ‘Forget-me-not’ flower logo. The blue is a strong dark shade at one end, gradually fading to a pale blue at the other, this representing the gradual fading of memories and loss of connections.

Bed Four celebrates 100 years of the PDSA, the connection to East Grinstead is a pigeon known as Kenley Lass, who was the first pigeon to be dropped behind enemy lines in France. Typically, these birds were used where radio signals were weak. After the war, she was awarded the Dickin Medal, also known as the Animal Victorian Cross – the medal was named after Monica Dickin, the founder of the PDSA. 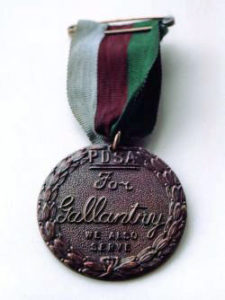 The final bed represents votes for women and the town’s links to the anti-suffrage movement. While most people have heard of the women’s suffrage movement that was founded by Emmeline Pankhurst, it is somewhat surprising to realise that there was a considerable amount of objection to the whole concept from other women! A local branch of the anti-suffrage movement was started by a notable local – Lady Musgrave. This bed will represent both sides of the argument and a number of cartoons from the period, reproduced along with the suffragette colours of purple, green and white.

Why not take a trip to the high street to appreciate the hard work and thought put into this impressive display?

You can read more details about the beds on a sign that is in bed five, positioned beside the high street bus stop, close to the war memorial.