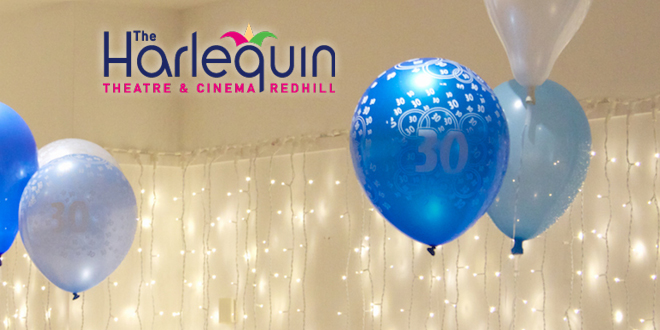 Redhill has undergone many changes, and as residents know well, a major overhaul of the town centre is currently underway with building work evident around every corner and towering cranes adding their angular forms to the skyline.

However, throughout the decades the changing face of Redhill has had one constant feature, the Harlequin – and this popular theatre built in 1986 celebrates its 30th anniversary in October this year.

Tucked away on the first floor above Warwick Quadrant shops in the heart of Redhill this modest venue has played host to literally thousands of stars since its opening all those years ago. 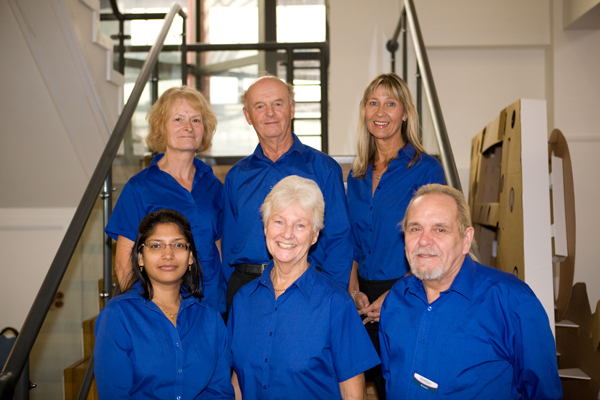 Boasting line-ups as impressive as any West End stage The Harlequin offers quality entertainment close to home, so whatever your preferences The Harlequin is sure to have it in their programme – from opera, ballet and Shakespeare to comedy, drama, musicals and panto.

There is also a cinema showing the latest releases, arthouse, foreign language and independent films and event screenings with the added convenience of easy parking and a licensed bar The Harlequin provides West End quality without West End prices. In fact, one show in October will be the best value possible – FREE!

To mark the theatre’s 30th anniversary the act ‘Supersonic 70’s Show’ will be performing what’s been described as the ‘finest 70s tribute show in years!’

On Saturday, October 8 lead vocalists, Janey Bombshell and Mark Keen, along with Greg Hart and Gary Williams on guitar and bass, and the two Andys (Fox and Stewart) on drums and keyboard, will transport their audience back to the 70s.

Dressed in their finest kitsch glam-rock costumes their showmanship and stage sets will dazzle and entertain in an evening of fun and nostalgia -covering hits from the best acts of the time – Queen, The Carpenters, ELO, 10cc, Wings, Donna Summer, David Essex, Abba, Elton John, T Rex, Sweet, The Osmonds and many more, the list goes on… my foot’s tapping even as I write
(I spent my teens in the 70s. Happy days!). 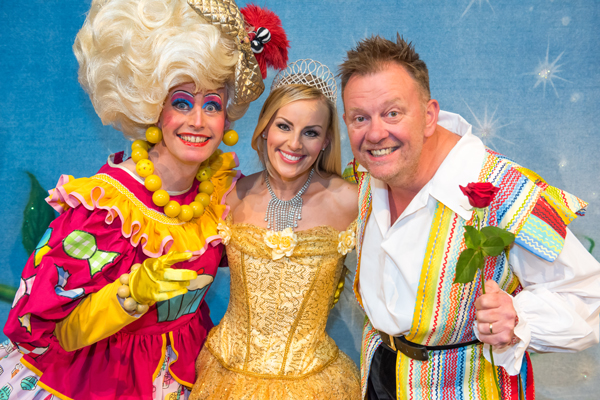 Although The Harlequin is spacious, tickets to this free event are limited so contact the theatre as soon as possible to get your hands on a ticket or be put on the waiting list.

Talking of waiting, if you happen to be in the upper foyer there will be a fascinating exhibition of archive posters and materials on display, colourfully illustrating how The Harlequin has helped 30 years’ worth of audiences to paint the town red in Redhill – Happy Anniversary!

Having A Ball In Reigate

(Red)Hill Is Alive With The Sound Of Music!

Inspiring Action and Creating Opportunities for Women and Girls