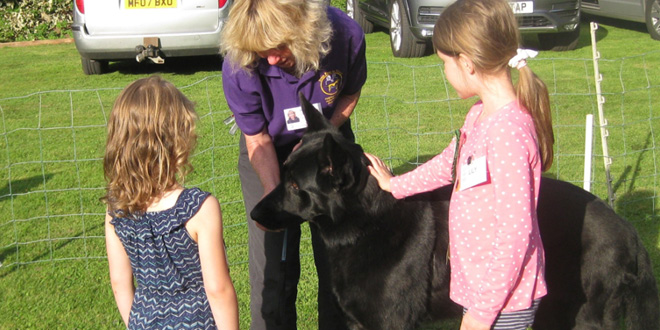 ‘Never work with children or animals’ said the late W C Fields, but Ann Cook and the team of ‘From Fear to Friend’ happily ignore the old comic’s advice by working with both at the same time, and proving that it is in fact, rewarding, effective and fun!

Ann has been a successful dog trainer for many years and in 2015 she started ‘From Fear to Friend’ – a voluntary group which helps children overcome their fear of dogs.

I remember my own childhood fears when visiting my elderly great-aunts who owned an irascible corgi with ankle-level jaws which closely followed my nervous path across their sitting room. Sadly there were no ‘Fear to Friend’ groups in the 1960s!

Ann runs 10-week programmes which are aimed at children between five and eleven-years-old. The venue is in Horley town centre on the second and fourth Wednesday of every month (5.00pm – 6.00pm).

All the team are volunteers, and no fee is charged, however donations help cover costs. There are other similar groups in Essex and Kent and recent scientific research has shown that this system works.

The dogs come in all shapes and sizes from small spaniels to large German shepherds – each one is a Qualified Assistance Dog which has passed a 28 point assessment, and each is re-tested annually to ensure their continued suitability.

The handlers introduce them to the children sensitively, the level of contact between children and dogs is gradual and progress is made entirely at the child’s chosen pace.

Nothing is forced on them and they remain in control of their own participation at all times. Coping strategies regarding how to react around dogs are taught from the outset. There is no limit to the number of sessions a child can attend – ‘as many it takes’ is the maxim. 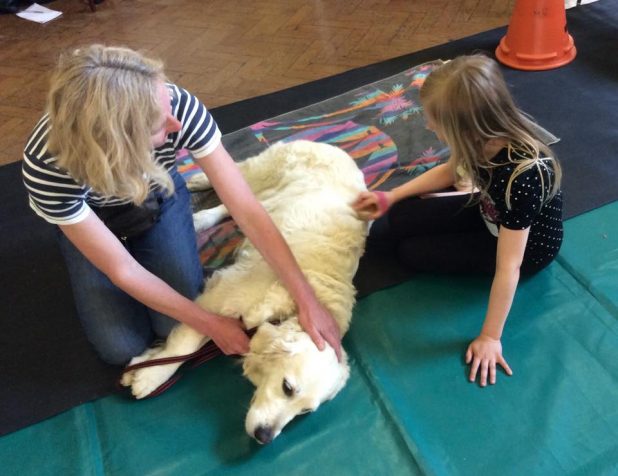 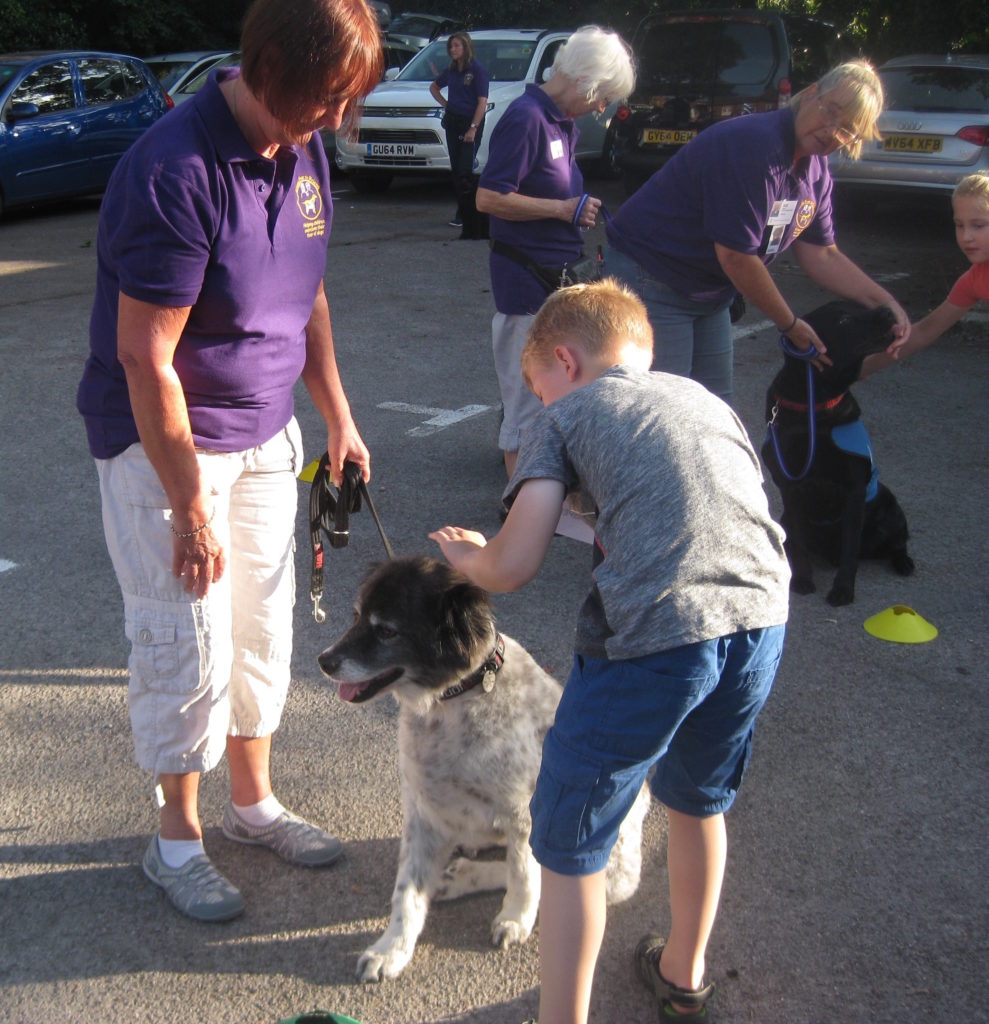 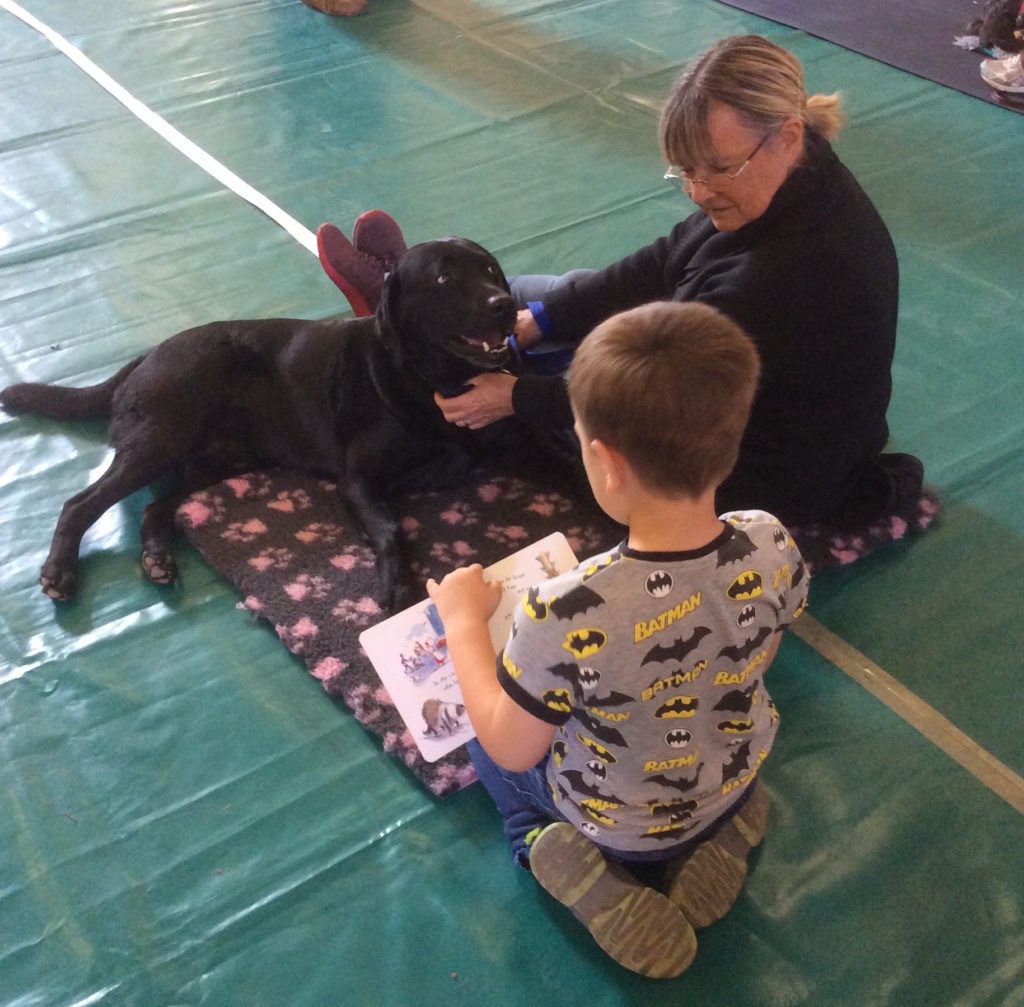 Throughout Ann’s sessions parents and carers remain at one end of the hall and initially the children are encouraged to play together before the dogs are brought in on their leads.

Activities like grooming the dogs with a brush (where the brush itself provides a distance between child and animal) and reading to dogs (when the child can focus on the words rather than their anxiety) all help to build confidence.

A safe dog-free zone is available at all times. Once children have reached a certain level of confidence they are enrolled as ‘helpers’ and can participate in more lively activities with the
dogs which further encourages them.

Every child makes good progress and many families testify to transformed lives as their children, once debilitated by anxiety and fear, can now go for walks, enjoy a holiday, visit dog-owning friends – even have a dog of their own.

One mother, whose daughter used to run into the road at the sight a dog, describes the team as ‘Life-changing people’, and they are! From Fear to Friend, an organisation which will make you paws for thought!

The Sky Is The Limit With The Air Training Corps

Things To Consider When Being A Tropical Fish Owner

Primary schools and local companies come together to inspire children in STEM.

Put down the iPads and smartphones: Introducing Smash Activity Club