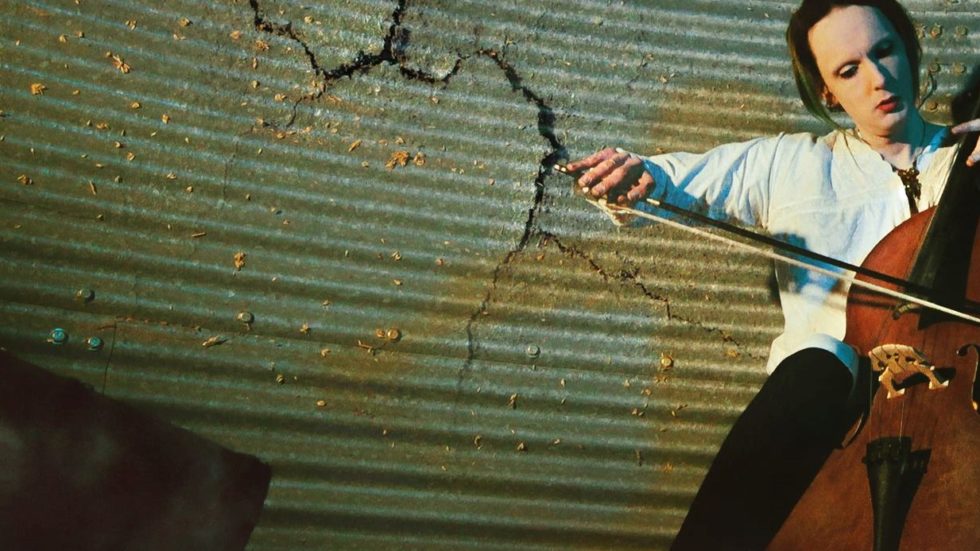 The premiere of the local-made independent film, The Granary will take place in East Grinstead on Sunday, September 10 at 8.00pm, and the team behind the production will be on hand to share their experiences of writing, acting and filming to those who attend ahead of the big screening.

The film is 150 minutes-long and not yet rated, but, audience funding will help pay for the BBFC certificate – which exceeds the budget of the film currently but it is hoped that enough money will be raised to allow the team behind the film to make blu-rays and dvds, as a certificate is required to release these.

The production team are keen to make clear that the venture is not a commercial film – it is an experimental, artistic and emotional film, with a haunting and original classical score, that takes its time to breathe and they believe the music to be their finest work to date, the story is a way of carrying music with images.

Eveshka Ghost, the writer, and director of the film wrote the script two years-ago and contacted many factories and land owners, most said no, or that it was out of their control, until one person said, yes – Mrs Emmett, from Imberhorne Farm. She leant Evenshka the granary for 18 months during the film’s production.

The main character of the film is Pan, played by Eveshka, who is trapped in the granary by his own demons and must find himself and invent his own techniques to escape it. Pan finds a journal about a farmer (Will Lightburn) who had a son called Tom. He learns that he and Tom are not so different, and inspired by the story, which he tells his doctor (Alex Willis), he uncovers the secret of the granary, which is crucial for him to overcome and fight his anxiety. [/box] 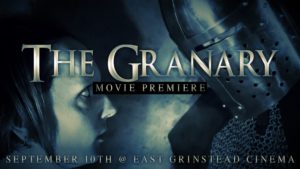 “We decided to write a final script – a pretty short script at only 62 pages, and simply called The Granary. We recycled props from old films, and we had no actors left. Only the loyal crew, who had stayed with me through thick and thin, and a few friends for small parts. It was written in three days and we started shooting.”

Eveshka added: “I believe in making films the way they used to be made, by telling stories in unique ways. The only way to express my experiences with a lifetime of agoraphobia, on film, is to give it time to unfold slowly, then accelerate towards the end. And I promise you this now, there are many big twists at the end!”

The film covers many mental health situations during the scenes, including anxiety, agoraphobia, depression, suicide, OCD, eating disorders and personality disorders. Many of which Eveshka has experienced and survived, Eveshka is hoping to deliver a message to all that there is hope – a light at the end of the tunnel. 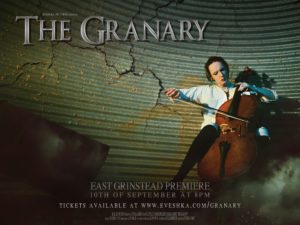 The film is not currently rated, but, due to the complex psychological content, organisers will only be admitting people aged 18 and older. For more information about the film, visit: www.kickstarter.com/projects/843851543/the-granary-east-grinstead-movie-premiere [/box]