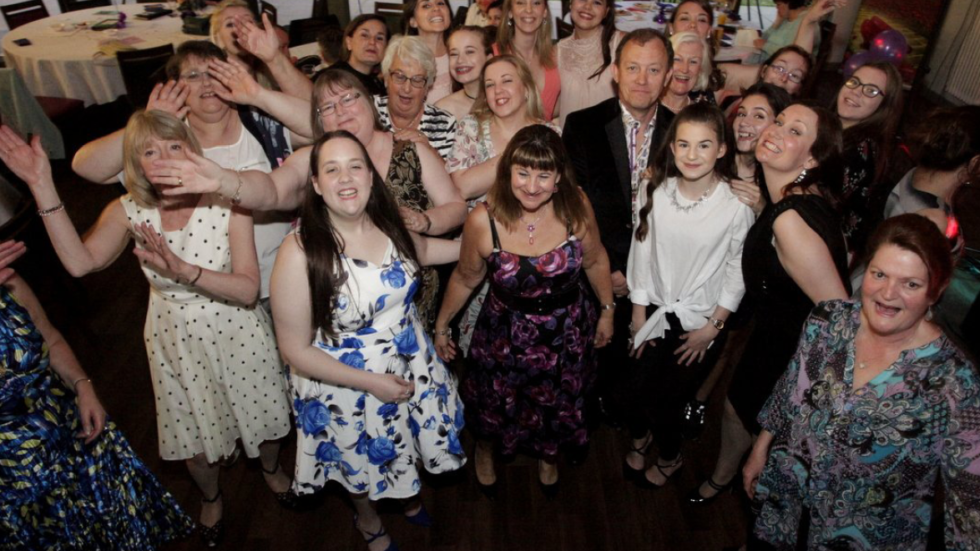 For 60 years a Crawley group has been staging award-winning entertainment for the town and surrounding area – in its 60th birthday year I spoke to Charlotte Cosh, a member of COS Musical Theatre to find out more about the group and its diamond anniversary celebrations.

Since 1957 COS Musical Theatre, previously known as Crawley Operatic Society, has been entertaining audiences with some of the greatest musicals of all time. These shows have featured numerous Crawley residents, and those from surrounding towns and villages.

Many members have grown up with the group, joining as children and now welcome their own children to the group, meaning it is a real family. The group started life thanks to Carl Wilmott, the first headmaster of Sarah Robinson Secondary Modern School in Ifield.

Many members have grown up with the group, joining as children and now welcome their own children to the group, meaning it is a real family. The group started life thanks to Carl Wilmott, the first headmaster of Sarah Robinson Secondary Modern School in Ifield.

After a great success with the production of Trial By Jury at the school, featuring pupils and staff, he invited a cross section of people he felt would be interested in forming a group to put on future shows, and from this the Sarah Robinson Group was formed in 1957. 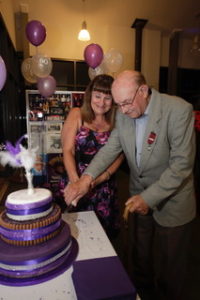 Rehearsals for the group started on a Monday night and this has not changed in 60 years of the group’s birth. In 1964 the group decided to change its name to Crawley Operatic Society, after a comment in an article stating – ‘Crawley now has an operatic society to be proud of’.

The group performed at Sarah Robinson for 15 years before moving to venues at Northgate and Hazelwick School before settling at Thomas Bennett School from 1977-1987. One of the group’s proudest moments was being the first show at the Hawth Theatre in 1988.

60 Years Young!
COS Musical Theatre is always ready for a celebration – to celebrate this year’s special birthday the group held a diamond anniversary party for members past and present at Tilgate Golf Club, with entertainment from members as well as lots of reminiscing with photographs, programmes and even an awards ceremony!

The performance of Hello Dolly in 1988 was performed once again on the same stage some years later for the group’s 50th Anniversary, with a number of cast proudly laying claim to having performed in both productions despite several intervening years apart.

COS Musical Theatre has evolved through the decades, presenting not only the famous and well-loved musicals – My Fair Lady, Oklahoma, Carousel, but bringing new and vibrant musicals to Crawley such as Hairspray, The Wizard of Oz, and Monty Python’s Spamalot.

With lots of competition from other entertainers and professional touring companies who perform at the Hawth Theatre, COS Musical Theatre prides itself on remaining the foremost amateur company in the area – it is now firmly not just about entertainment for audiences but a place for all to come together to enjoy performing or helping in a pastime they all love.

The next production will be a celebration of musicals throughout COS 60 years – featuring shows performed throughout the years, at the Hawth Theatre, Wednesday, October 25 2017 – Saturday, October 28 2017. Tickets are available from the Hawth Box Office, for more details, call: 01293 553636.

Get Involved!
Do you or your children have a love of entertainment?
Whether performing or behind the scenes, get in touch! New members are warmly welcome!
For more information, visit the group’s Facebook page: facebook.com/COSMusicalTheatre, website: www.cosmusicaltheatre.com, or email: Charlotte Cosh: charlottecosh@me.com.

A season of professional athletes are keeping pupils, parents and teaching staff inspired at Dunottar School