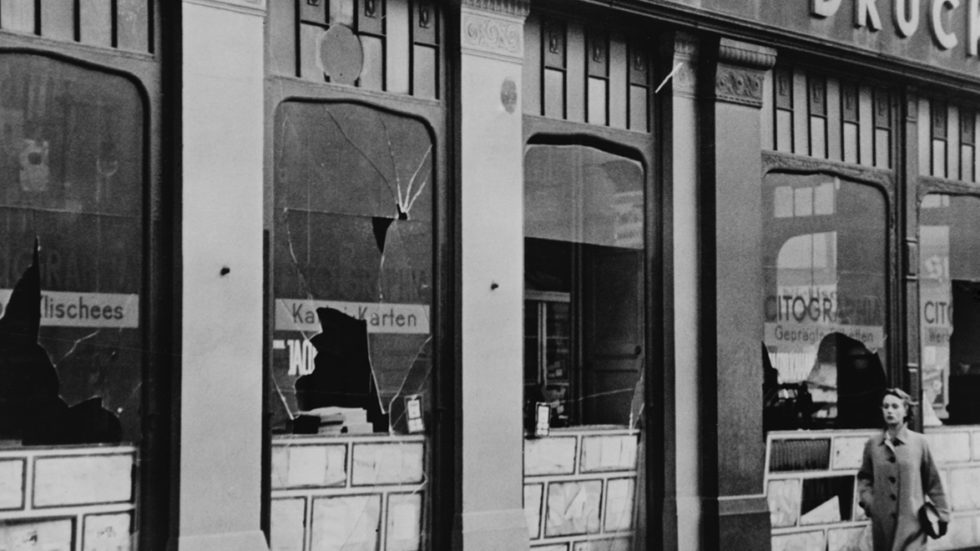 Since 2001, National Holocaust Memorial Day has been commemorated in the UK on January 27 – the anniversary of the liberation of Auschwitz-Birkenau, the largest Nazi death camp. The day is an occasion to pause and remember the millions of people who have been murdered or whose lives have been changed beyond recognition during the Holocaust, Nazi Persecution and in subsequent genocides in Cambodia, Rwanda, Bosnia and Darfur. The Holocaust saw upheaval across Europe, making millions refugees, in response, Crawley Down opened its doors to children in need.

On the nights of November 9 and 10 1938 German and Austrian Nazis destroyed 267 synagogues, killed more than 100 people, destroyed more the 7,500 Jewish-owned businesses, and imprisoned around 30,000 people in what became known as the Kristallnacht or Night of broken glass pogrom.

British Home Secretary Sir Samuel Hoare met with groups working on behalf of refugees under The Movement for the Care of Children from Germany (MCCG) – horrified by the violence, he agreed to the rescue of children, although he was unprepared to allow great numbers of adults into Britain.

Speeding up the immigration process, it was agreed to issue travel documents to groups rather than individuals. Rules applied to a child’s entry and no public money was made available, instead it was agreed to fund Kindertransport with a £50.00-a-head bond to pay for a child’s eventual repatriation.

On November 25, the BBC Home Service broadcast an appeal for foster parents, and the MCCG searched Austria and Germany for children most at risk. Highest priority was given to children in concentration camps or in danger of arrest, Polish children, and those in Jewish orphanages.

One of the first would-be foster parents to come forward was Althea Davis from Crawley Down, she offered Bankton House with its grounds for the housing of up to 50 children. Althea financed the costs of the house and having learnt German before the war was able to speak with the children.

The day-to-day running of the house was under the guidance of Czech priest Fr. Reichenberger and four Austrian nuns. For 18 months, traumatised children who spoke little English would enjoy the refuge afforded them by Crawley Down until permanent homes could be found for them elsewhere.

In 1940, the British Government ordered the internment of 16 and 17 year-old refugees from enemy countries. Nationwide, around 1,000 aged 16 and 17 were held in makeshift internment camps – 400 were sent to Canada and Australia, while 1,000 worked for the Allies, often in the Special Forces.

Declared too close to the Sussex coast, Bankton House was commandeered by the army for the remainder of the war. Althea continued humanitarian work throughout the conflict, including running canteens. She would later be honoured with an OBE, and passed away aged 97 in 1990.

Lady missing from Crawley Down (has now been found)

Retirement is far from boring here