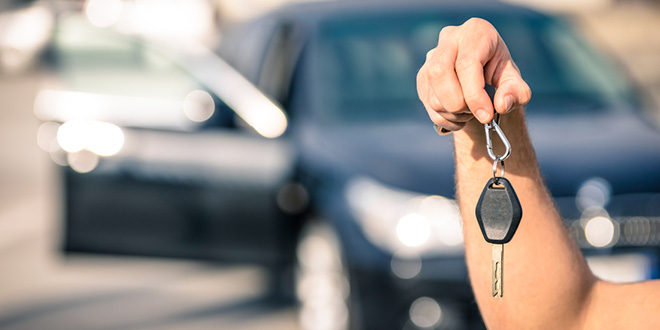 Buying a second-hand car is rubbish, right? It’s an experience that very few actually relish. I hate it, and I work on cars for a living!

According to statistics, us Britons spend an average of 27 hours looking for the right used motor. Those stats also say that after devoting more than a day of our lives agonising over it, more than 66% of us aren’t happy with our final purchase. A survey has shown that over half of the used cars purchased have left the new owner feeling that they have paid too much for it. As many as 30% saying that it didn’t drive very well, and 20% saying that it needed more work doing to it than was expected.

Now that last statistic surprises me as, with alarming regularity, we often see customers that have just bought a car only to find that a light has suddenly popped up on the dashboard, or that it needs a fair amount of work doing to it. I would have said it would have been much higher.

There is every chance that buyers are often lulled into a false sense of security by the words “One year’s MOT”. That isn’t a certificate to say that there is nothing wrong with the car, it just means that it meets VOSA’s minimum standards for roadworthiness.

The MOT is a funny old thing, with many strange and questionable rules, but that’s not my point. My point is that an MOT test is a very basic procedure, an almost entirely visual inspection, with no dismantling involved. For example, the front brakes could be completely worn out, but if you can’t see them through the wheels, or from underneath, and they pull up okay in the brake rollers, then the car gets an MOT pass. Oil can be leaking from the engine and this doesn’t even
get a look in, unless the MOT tester feels like mentioning it.

So, first lesson of the day is not to be seduced by the potential purchase having 12 months test on it. Second lesson, and quite possibly the most important one, is don’t be afraid to take the car to your local garage or trusted mechanic before parting with any pennies.

Think about it like this: even if the garage charges you an hour’s labour, which they aren’t likely to do anyway, they can highlight any potential problems that might arise in the immediate future. This arms you with the knowledge of exactly what you’re buying. If something obvious is going to need doing, you can either use this to get a price reduction, ask the vendor to get it rectified before you buy it, or walk away.

Obviously cars are cars, they go wrong and not everything can be predicted. But generally a car that hasn’t been well maintained, or one that is ‘likely’ to be a nightmare can often be spotted by a well-trained eye.

So if you’re buying a car, don’t be afraid to ask the vendor if you (or they) can take it to the garage of your choosing for them to have a look at it. If they are genuine, they won’t have any real reason to say no. If they do say no, that’s probably a clear enough message for you to walk away. For the price of an hour’s labour, it’s cheaper than being hit with a huge repair bill a month down the line. Because, believe it or not, no garage worth their salt likes to have to tell their customer that the car that they have just bought already needs a load of money spending on it. Like I said the other month, prevention is better than cure.

Prevention is better than the cure

Changes To The Practical Driving Test