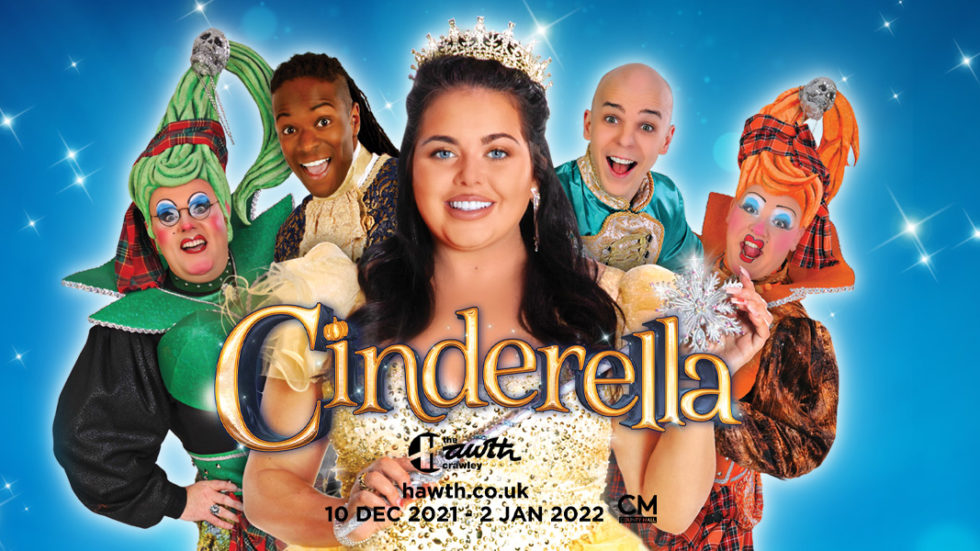 Scarlett Moffatt (Gogglebox, I’m A Celebrity Get Me Out of Here, Saturday Night Takeaway), is playing The Fairy Godmother at The Hawth’s Christmas Pantomime this year. Our Features Editor, Jamie got the chance to catch up with her about this exciting project!

You starred as The Fairy Godmother back in 2019 in Sunderland, is there anything you would do differently this time?
“So, I learnt very quickly that it’s ok to make mistakes and that actually sometimes that’s the most fun part when it goes a bit wrong and when we do the end part when everyone does their bows and curtsies to just take a moment to take it all in!”

When you’ve done stuff like this before, have you ever broken character?
“A friend of mine Tom (Whalley), who played Buttons in that one, he did actually accidentally call me Scarlett instead, of Fairy God Mother which I had to explain to all the boys and girls, ignore him I am actually a Fairy God Mother in real life!”

So obviously I see you have a magic wand, if you had one in real life what would you actually use it for?
“I would make McDonald’s breakfast available 24/7 and also teleport quickly so that I could go and see my family, notice how I said the McDonald’s is the priority and not my family Haha! Then we could teleport there too!”

Click Here for a chance to Win A Family Ticket to the show!

Do you have any tips for young people that dream of being on stage on how to overcome nervousness?
“I was once that little girl! Because every year me and my family would always go to the panto, and I remember my first ever panto when I was 5 years old, and I saw The Chuckle Brothers do Peter Pan which was absolutely amazing! I remember being right at the top and remember thinking I want to do that one day. I was quite a quiet child, but it shows that dreams can come true and it’s ok to be a little bit shy and nervous.”

I suppose once you do one, it can only get better from there!
“Yeah, and I think this one will be even better than before as the last one was my first ever one, I played the same role so I am now a seasoned Fairy Godmother and I’m sure I can put it on my CV!”

You’re not the only ‘I’m a Celebrity’ winner to star in The Hawth’s panto as we had EastEnders’ Charlie Brooks back in 2019. We’ve also had your friend Stephen Mulhern!
But if there was one celebrity, dead or alive, you would want to see in a panto, who would it be? Or even star alongside! “Stephen loves it doesn’t he! I think I would like to see Ant and Dec as the Ugly Sisters in full drag, they would be absolute queens, sashaying on that stage, let’s get that written down!”

Would you do another panto?
I honestly love panto; I’m hoping that this one brings a bit of magic and a bit of normality to people’s Christmases so I’m especially looking forward to this one. But also, when as a 30-year-old woman do you get to dress as a fairy and call it a job!”

You can watch the full video of the interview on our Facebook Page and on our IGTV on Instagram. To purchase tickets on The Hawth’s website parkwoodtheatres.co.uk/The-Hawth 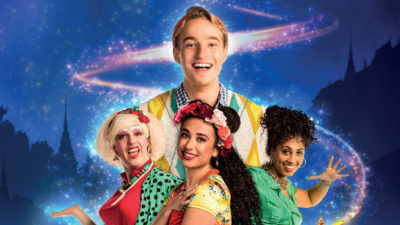 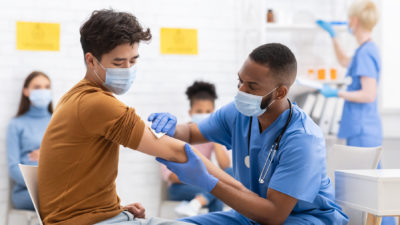 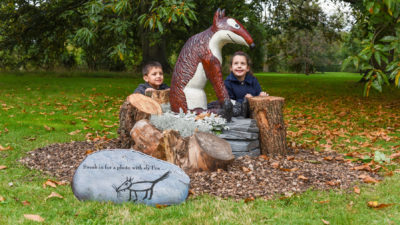