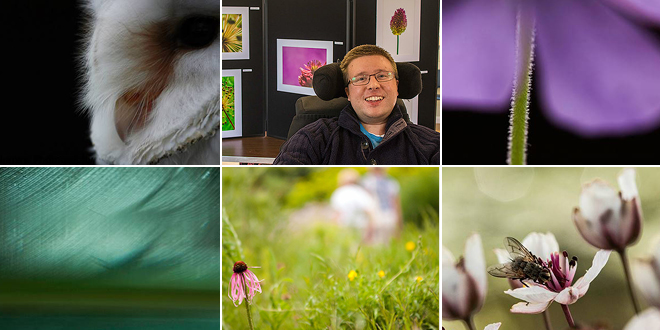 Thomas Blumire is an extraordinary young man – a gifted photographer, musician and naturalist. Nothing so very extraordinary in that as such, but the fact that Thomas does all this from his wheelchair is what makes this artist so exceptional.

In fact, where his work is concerned, Thomas sees his wheelchair not as a disadvantage, but as an advantage for it gives him a perspective on the world which enables him to notice
things that others may overlook.

Many artists suffer for their art but Thomas was suffering long before he picked up a camera or wrote a musical score. At the age of six, he was diagnosed with Duchenne Muscular Dystrophy, a muscle-wasting disease for which as yet, there is no cure, and for which Thomas needs full-time care.

Yet, his positive attitude to life belies the strain of his daily struggles that are part and parcel of this destructive condition.

Thomas first took up photography when he was 12-years-old. He says it was a revelation to him and became a way of detracting from his disability and focussing on his ability. Though his movements are severely restricted, with the help of technology and an obliging assistant – his mum! Thomas manages to produce stunning images.

I first became aware of his work when I saw his exhibition ‘Through My Eyes’ at Holy Trinity, Redhill, in May. Thomas is a Christian and his choice of subject matter is influenced by what he sees as God’s creation in the natural world. I am ashamed to say that I wasn’t expecting too much from an amateur exhibition in a modest church hall but my prejudices were blown away when I saw his work! 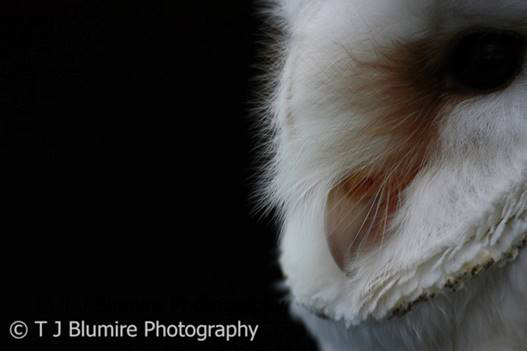 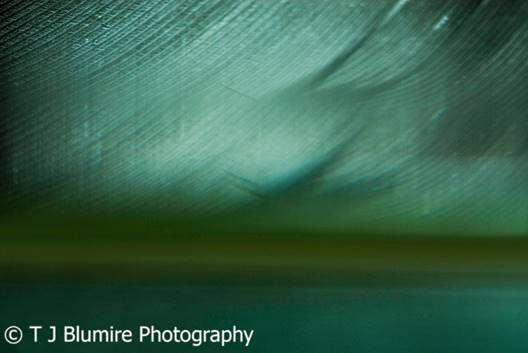 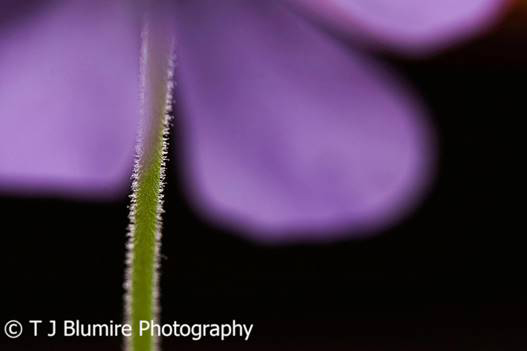 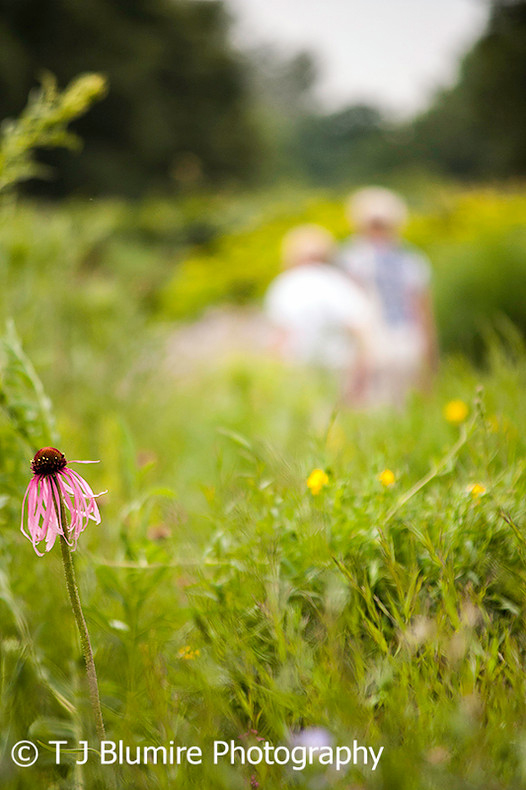 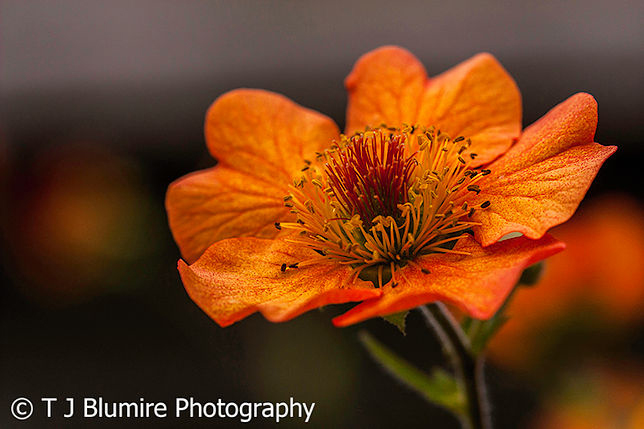 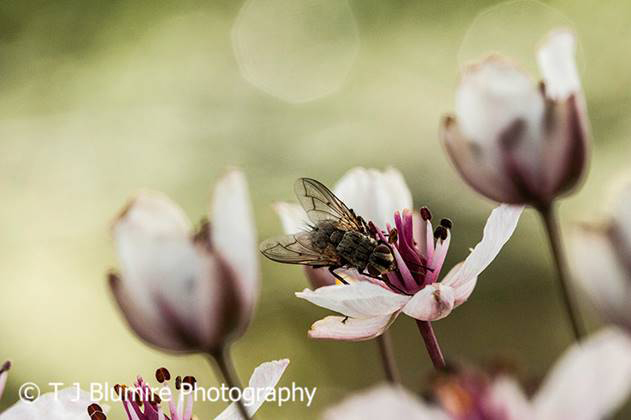 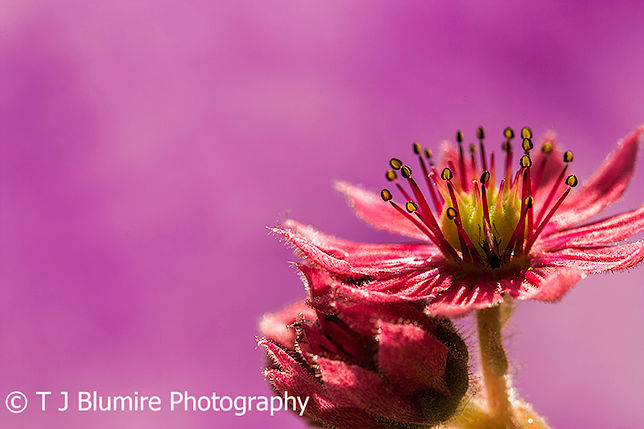 His artist’s eye captures familiar subjects (flowers, leaves, birds, etc.) in such a way that the viewer sees them in a new light; flowers cropped by the camera, leaves encased in ice, feathers photographed through perspex forming wonderful abstracts… and the colours! Vibrant, contrasting, stunning. I found it impossible not to be moved by his innnovative and alternative work.

Thomas graduated from Farnham University last year and this exhibition served to launch his website, T J Blumire Photography, and to see how commercial his work could be.

Before the show Thomas was uncertain: “To be honest, I wasn’t sure how well the event would be received, but any expectation I had was completely outdone!”

During the one-day exhibition, more than 200 people came, many ordering prints and almost depleting his stock of greetings cards.

All this bodes well for the artistic future of this young photographer who attributes his talent and inspiration entirely to God. Many may wonder how a person in his position can retain such faith, but that is a subject for a different type of magazine altogether…

Sleep rough so other’s don’t have to!

The Power of Play

Get Your Skates On For Reigate On Ice

Don’t just get active, get R & Be Active!