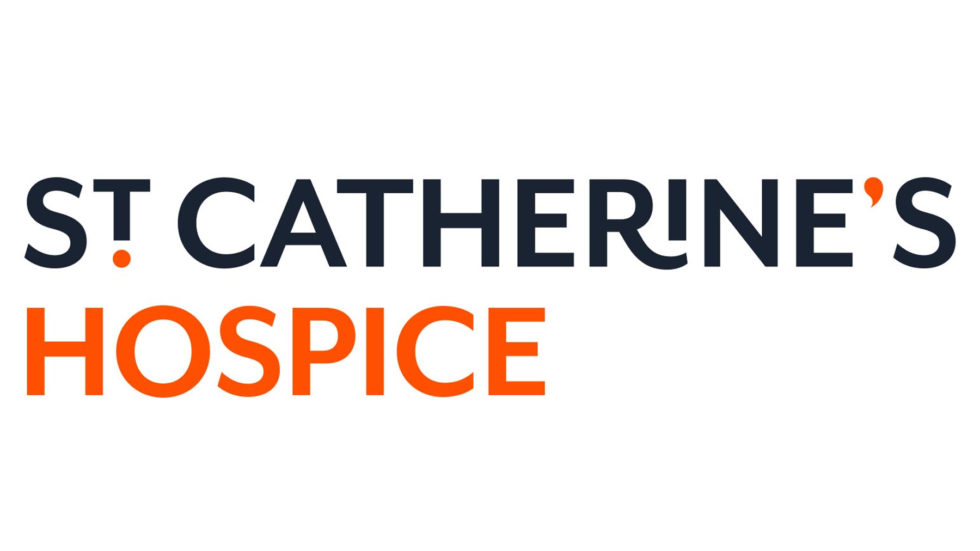 This week, (26 October – 1 November) Dying Matters is encouraging people to remember those we love. Karen Woolsey shares how St Catherine’s Hospice cared for her Dad, and how she’s creating precious memory bears to keep his memory alive.

“When my dad, Peter, was diagnosed with a terminal illness in September last year, he was adamant he didn’t want to go to the hospice. He told us he wanted to die at home.

Becoming ill was really hard for Dad. He was very much an outdoorsman, never spending much time indoors, and he worked seven days a week right up until his diagnosis. As he became less well, he felt like a caged animal having to spend more time indoors.

Our family tried to keep Dad at home as he wanted, but at the end of November 2019, Dad was admitted to St Catherine’s. It was a relief for me, my Mum, and my sister as it took the pressure off us – We were exhausted trying to look after him at home. Once Dad was settled at the hospice, he was relieved too. He was happier there as he knew we didn’t have as much pressure on us caring for him.

The care and support the hospice gave us was amazing

In the three weeks, we were there, the staff at the hospice felt like part of our family. They’d always ask me, my Mum and sister ‘How are you?’ as well as asking Dad how he was, and if we weren’t at the hospice with Mum, we knew the nurses would look after her. The nurses cared for my Dad like he was their Dad – like he was one of their own. He wasn’t ever just a person in a bed to them.

We always enjoyed cake in the afternoons together

The chefs even baked cakes for our family on request. We’re a big family so there used to be about 8 or 10 of us visiting the hospice every day, and we always enjoyed cake in the afternoons together. Dad used to enjoy going out into the hospice gardens too, and being a countryman, he really enjoyed the therapy dog that came around the wards.

Dad had the best care he could have had

Dad died on Friday 13th December. The night he died all of our family were at the hospice. We sort of took over! Seven family members took up camp by the piano in the lounge and were given blankets and taken coffee throughout the night. We thought they might have to go home, but everyone was able to stay, and me, my Mum and sister were able to be by Dad’s bedside with him. Nothing was ever too much trouble and Dad had the best care he could have had.

We were all offered support afterwards

My sister took it up, but so far, I’ve been okay – I think making memory bears out of Dad’s clothing has helped me. When Dad died, his older great-grandchildren struggled with it. They were missing him, so I made them some memory bears out of his checked shirts and overalls. Now, they can have a cuddle with their Great-Granddad every night.

He was known for them, but when I made the first bear and laid one of Dad’s shirts out on the table, I couldn’t cut it. It was too emotional, but then Dad’s song (Memories by Maroon 5 which I’d picked for his funeral) came on the radio. My partner said that’s a sign that you can cut it – That gave me comfort.

As well as making bears for my grandchildren, I’ve got my own bear that sits in my front room and my Mum has one sat on her bed. It’s helped Mum to see the comfort the bears have brought our family members.

I’ve made one for my sister, and my Auntie now too out of a jumper she brought Dad. The strange thing is, family members have since found pictures of themselves with Dad wearing the exact shirts that their individual bears are made from. I made a bear for my daughter, and the shirt her bears made from is the same shirt Dad wore to her 18th birthday. It wasn’t deliberate but coincidence. As more people have heard about my bears, I’ve received orders from friends who’ve lost loved ones. I’ve sold about 30 bears so far, and for each one, I donate £5 back to the hospice.

I’ve started branching out now. I’ve made bears out of new baby clothes, with the baby’s name and the year of their birth on, and out of school uniforms for children who have left school. Doing this has given me something positive to focus on during lockdown.

I’ve made cushion covers from loved one’s clothing, bears out of wedding and bridesmaid dresses, and I’ve even made dinosaurs and unicorns. Someone’s recently asked me to make a fish, in memory of someone who was a fisherman. I’ll give anything a try!

I love knowing the comfort that comes from my homemade items

When a stranger ordered a bear recently, she shared a video of her Mum opening it. It made me burst into tears. It’s quite special to think I’m giving people back a piece of the person they love.

I enjoy making the bears, and I think Dad would be quite honoured to know his shirts are being used to make something so special for his family. He was quite arty and crafty, and clever with his hands. I think he’d like this, and be chuffed that we’re raising money for the hospice.

I like to think doing this keeps Dad with me

Since he’s died, a robin has appeared in my garden too. I go and put food down first thing in the morning and the robin immediately appears. I say it’s Dad coming down for his breakfast! Where I live backs onto woodland, and we’d also heard there were deer that sometimes appeared. We’d never seen any deer before, but on the day of Dad’s funeral, a deer appeared at the bottom of our garden – We joked Dad came back as a deer. It’s things like that which keep me going.”

If you would like to order your own in-memory bear and help support St Catherine’s please visit Karen’s Instagram or email Karen at: karenwoolsey50@hotmail.com