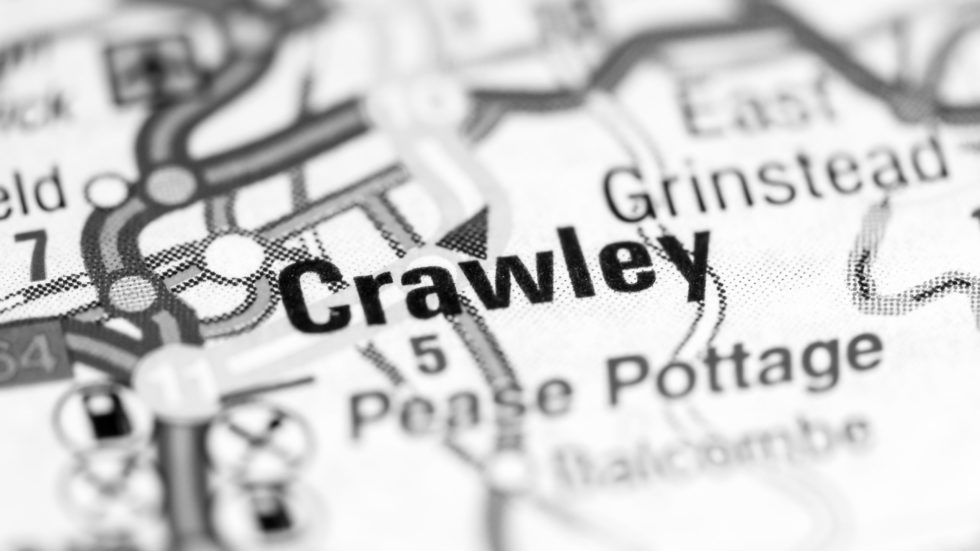 For more than 70 years thousands have called Crawley home, and although there has been a community living in the area since the Stone Age, it is following the end of the Second World War that it has grown. Post-war planning and wartime contingencies made Crawley new town a reality, this month, RH History Uncovered looks at the birth of the town.

With war raging, government planning committees during the Second World War responded to the need to move industrial production from the capital by suggesting satellite towns on London’s fringes. The programme culminated in the Abercrombie Plan of 1944, it proposed the establishment of 10 satellite towns around 20 – 25 miles outside the capital, to accommodate those relocated from London.

The New Towns Act was passed in 1946 by the post-war Labour government of Clement Attlee and saw the number of proposed towns double to 20. One of those new towns was Crawley, it was considered a strong candidate as it was the recommended distance from London, it had existing rail and road links, and it was home to what was deemed as relatively poor-quality farmland for development.

A new town was not universally welcomed by the existing communities in the Crawley area and there were objections and appeals from landowners, however, by the end of 1947, final appeals by owners of land were dismissed, and Crawley was rubber stamped to be the site of a new town. The Crawley Development Corporation was given planning powers and the right to compulsorily purchase.

Many of the houses were characteristic of public housing of the 1950s with terraces and semi detached pairs in pale red brick, sometimes rendered or clad, with pitched and tiled roofs, and metal window frames. Most houses were provided with private gardens, often a novelty for those relocating from inner city London, and were set at varying angles to the roads, separated by large, open grass verges.

By the 1960s, Crawley’s new town was firmly established and was flourishing with industry and a large, vibrant growing population, and two neighbourhoods, Furnace Green and Southgate West, were added before Broadfield and Bewbush were added in the 1970s. The 1990s and early 2000s welcomed the development of Maidenbower, and now construction eyes are on Kilnwood Vale.

Today, Crawley is a lively town with much to offer, it celebrated its platinum anniversary in 2017 with a series of events marking 70 years since the birth of Crawley new town and is now firmly looking to the future. What does the future have in store? From new town to city is one suggestion, in 2017, Crawley MP, Henry Smith suggested a bid might be on the horizon with it backed by the borough council.

The first bricks of Crawley new town were laid with a plan to create a town capable of
growing to accommodate a population of around 50,000 within 15 years. There would
be an industrial area, and nine new residential areas known as neighbourhoods which would
ring the town centre, including:

21-year-old, Selected To Take Part in 251km Marathon Across the Sahara

Making His Mark: 12 Marathons in 12 Months