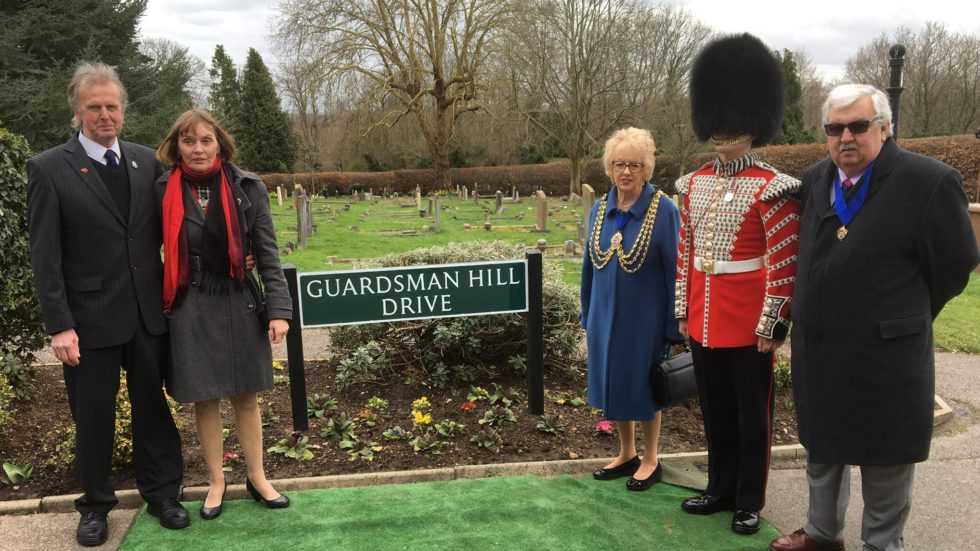 Last month witnessed Armed Forces Day on Saturday, June 29, a day to commemorate the service of men and women of the British armed forces. In the spring, one Surrey soldier who was killed in Afghanistan 10-years-ago was remembered with the naming of a road in his honour in his hometown of Redhill.

Officially unveiled in the spring by the Mayor of Reigate & Banstead, Guardsman Hill Drive, now stands as a permanent reminder of the sacrifice of and a tribute to Redhill soldier, Lance Corporal James Hill of the Coldstream Guards. The road, leading into Redstone Cemetery was named in James’ honour, and marked 10 years since he was killed in action in Helmand Province during the War in Afghanistan.

Reigate & Banstead’s Mayor, Cllr Dorothy Ross-Tomlin, said of the occasion: “We wanted to honour the memory of James Hill, a fine young man who was born and raised in our borough, a borough that is proud of him. James was a brave and kind man who was much loved by his family and highly regarded by his friends as a friend and mentor.’

“I was deeply honoured in November to lead the remembrance of the fallen in our borough, but it impressed upon me how crucial it is for us to continue to remember and respect our heroes. By commemorating James’s sacrifice by naming this road after him, he will always be remembered in our borough” Cllr Dorothy Ross-Tomlin added.

Following the unveiling, buglers from the Coldstream Guards played The Last Post, followed by a minute’s silence and the Reveille. The ceremony was attended by James’ parents, Brian and Claire Hill, members of the 1st Battalion of the Coldstream Guards, deputy mayor, Cllr Julian Ellacott, Reigate MP Crispin Blunt, the mayor’s chaplain, George Watt and the Merstham branch of the Royal British Legion.

At the time of James’ passing in 2009, his commanding officer in paying tribute to him, said of James: “Lance Corporal Hill was, quite simply, superb at everything he did. He was personable, intelligent, fit and ambitious. His humour, combined with his energy, singled him out as a popular and respected junior non-commissioned officer.”w

Hot Foot It To Horsham For St Catherine’s Hospice

Buzz In The Air At Reigate School