What better way to celebrate mid-winter than getting your skates and taking to the ice? Back once again for this Christmas season is the annual Reigate on Ice and it is bigger and better than ever!

Do you fancy yourself as the next Jayne Torvill or Christopher Dean? The duo that melted hearts on St. Valentine’s Day in 1984 at the Winter Olympics in Sarajevo has inspired millions to get their skates on and to take to the ice.

Whether it was their perfect performance 32-years-ago set to Ravel’s Boléro or through their involvement in the hugely popular Sunday evening ITV reality TV show Dancing on Ice which ran for nine series between 2006 and 2014.

We’ve teamed-up with Reigate on Ice to offer you the chance to win family tickets to the event. Click Here to be in with a chance of winning

Well, don’t worry you needn’t be either an Olympian nor be ready to appear on national television to have fun at Reigate on Ice.

Back for 2016 with new features and the return of old favourites the event is bigger and better than ever!

Officially opening on Thursday, December 1 with a visit from the Mayor of Reigate and Banstead. This is followed by a public launch party two days later including a spectacular firework display and a performance by Shane Richie’s band.

If you’re looking for a wintery wonderland look no further! Besides the ice, there will be entertainment from magicians, singers, fairground rides and – new for 2016 Santa’s Grotto. So, whether on ice on not get set for full-on family festive fun!

A date for your diary!
Join the party on Saturday, December 3 at 6.30pm for an evening of festive fun as the ice party warms up!
Following a day of activities across Reigate which will see Santa land by helicopter in Priory Park and the town’s Christmas Fayre.

To enhance the Christmassy atmosphere there are plans for a Disco Roadshow each weekend of the event which is great if you’re planning a night-out with friends or a workplace do – and if you’re feeling chilly after your skate, there’s plenty of festive food and drink to warm you up!

If you’re not lucky enough to win the family tickets we have up for grabs don’t worry, the ice rink is open until Monday, January 2.
For more information about tickets, visit www.reigateonice.co.uk
Reigate on Ice, Priory Park, Bell Street, Reigate RH2 7BA 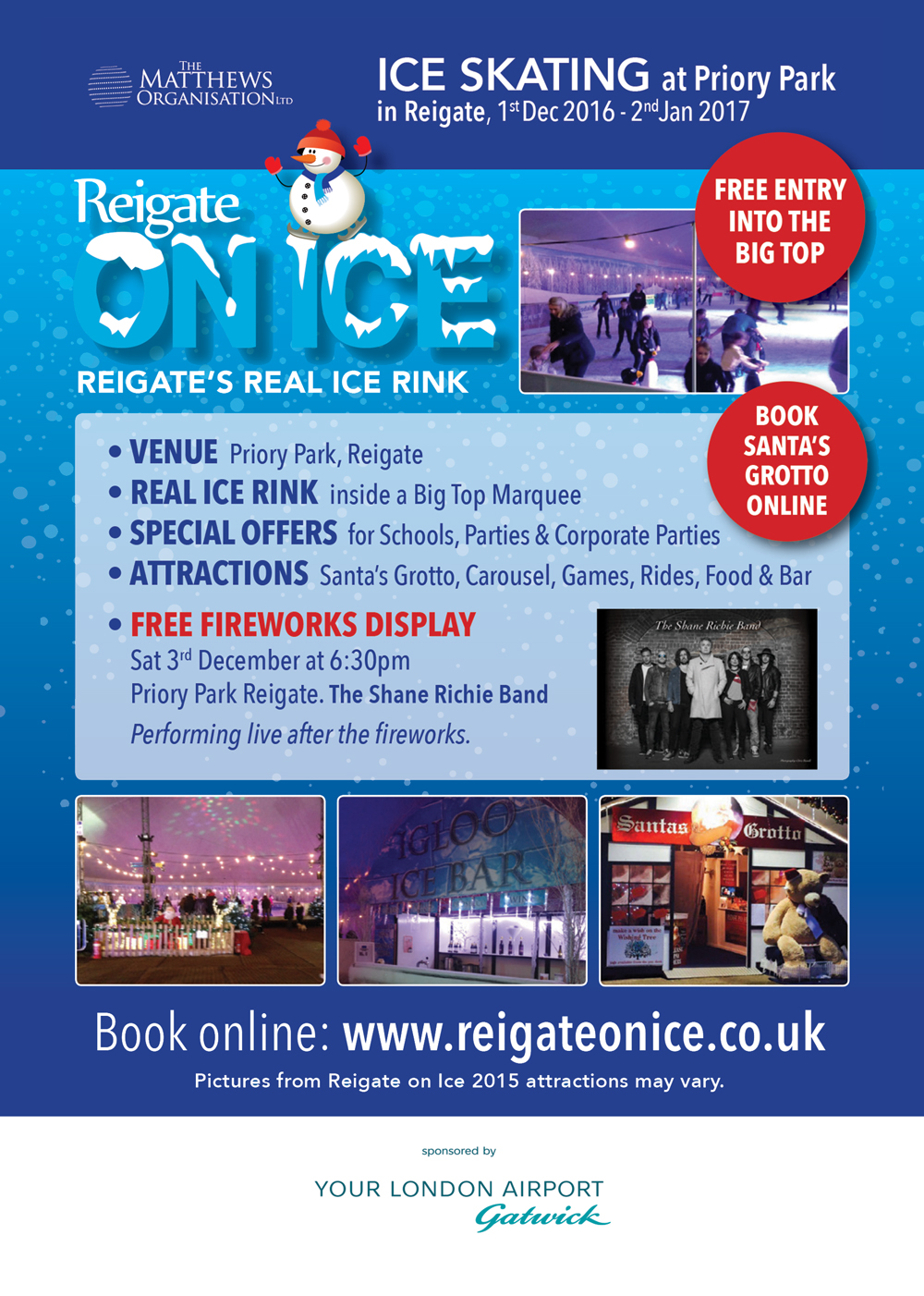