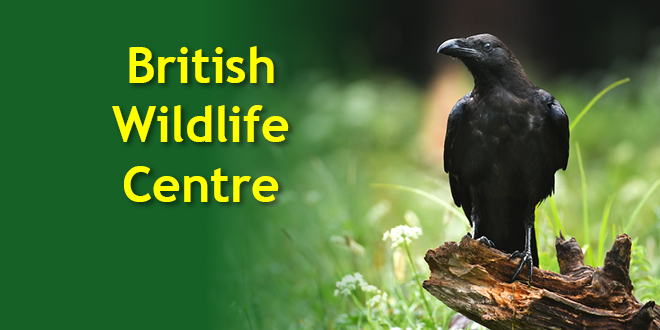 Summer is an exciting time at the British Wildlife Centre as this is when the season’s new cubs, kittens and calves are out and about.
[one_half]This summer the British Wildlife Centre is displaying Ravens for the first time. The largest member of the Corvid (crow) family, ravens can have a wingspan of up to nearly 5ft, and they make the second largest, the crow, look positively dainty! In spring the Centre acquired two ravens as 4-week old hand-reared chicks.

The Centre’s Head Keeper, Matt acted as surrogate parent, building a close bond with them. For the first few weeks they took over his small office with demands for attention and food.Even as youngsters they were an impressive size, since they’ve thrived and grown even bigger and are now full size. To some they may have a sinister appearance, but Matt reports that these curious and intelligent birds are gentle giants. 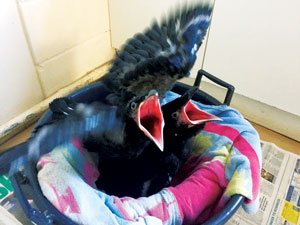 The ravens’ aviary was constructed with help of the Centre’s regular visitors, Ditchling (St. Margaret’s) CE Primary School who made a substantial contribution through their generous fund-raising efforts. Reared by humans from such an early age, the ravens are content to be around people and like ‘chatting’.

When you next visit be sure to pop by and say ‘Hello’ to Huginn and Muninn (named after the talking ravens belonging to Norse God, Odin).

[one_half]Whilst visiting you will see other new season arrivals. In the Deer Park, delightful fallow deer fawns and red deer calves are grazing alongside their mums.

The young polecats are out on display, as well as three young Badgers. And it’s been a bumper year for owlets, with Little Owl, Tawny Owl and Barn Owl chicks growing fast. 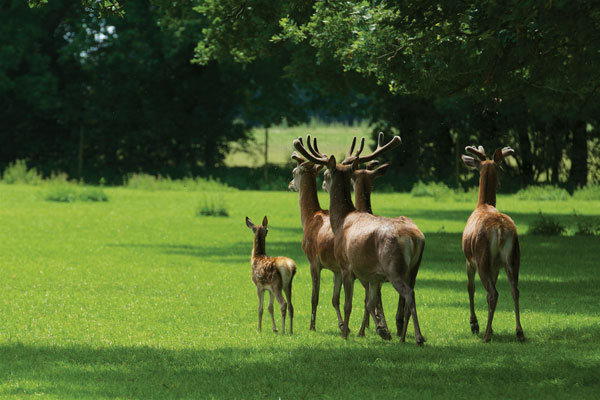 At Home in the Hall of Fame – Trip Advisor Award
[one_half]2018 has also been extra special as for the 5th consecutive year the British Wildlife Centre has been awarded a TripAdvisor Certificate of Excellence, an accolade for venues that continually deliver a superior customer experience.

This five-year run of success qualifies the Centre for a place in TripAdvisor’s Hall of Fame. The Centre team would like to thank all the visitors who have taken the time to provide feedback on TripAdvisor, and they will continue to strive to improve both the service and experience offered to visitors. 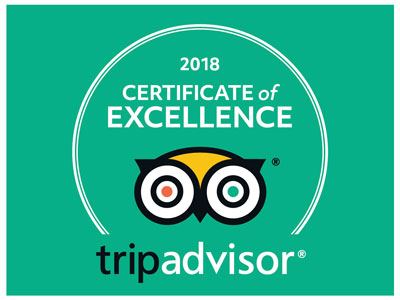 The British Wildlife Centre opens every weekend and public holiday of the year and daily during state school holidays (excluding 24/25/26 Dec).

Visit: www.britishwildlifecentre.co.uk for all dates and details.

Ten Things To Do With Children That Cost Absolutely Nothing

Get Your Skates On!

Apprenticeships VS Further Education: Which to Choose?