On January 26, millions of Australians worldwide will be celebrating Australia Day – the commemoration of the First Fleet’s arrival from England in 1788 at Port Jackson. To mark the anniversary, RH History Uncovered speaks to Crawley resident Jeff Herbert about his time spent Down Under in the 1960s as part of the Big Brother Movement.

The Big Brother Movement ran for some 50 years with the hope of introducing a better class of young man to Australia to work on the land and other projects. Given the choice of work, Jeff choose to work in the country, arriving on November 19, 1963, Jeff began training at a farm in the Sydney suburb of Parramatta.

After his initial training, Jeff travelled by train to his first farm in the town of Finley in New South Wales, a journey which would take around one day from Sydney. Despite more than 50 years passing, he remarks that on his most recent visit to the state of New South Wales the only real noticeable change to the community of Finley was the introduction of roundabouts on its roads.

Jeff said: “I arrived in November, the start of the Australian summer. In Finley I was met by a guy with a rose in his pocket which I can clearly see to this day. He took me in his Fairlane Ford, when we got to the farm, he said: ‘this is where you’re sleeping – it was little more than a shed with gauze to keep flies and mosquitos out.’” 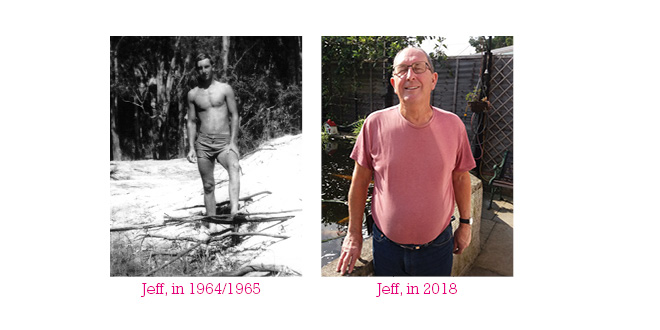 Working as an agricultural trainee, Jeff would go on to spend four years in Australia, working on farms and learning lessons about life as well as agriculture. A neighbouring farm was lived on by a head teacher where Jeff would help look after children and be seen as a big brother by some of the students and it was on a local farm Jeff would fetch milk from a cow that he would have to milk.

After four years, Jeff decided to return home to the UK but he never forgot his time in Australia. Jeff says: “It was so interesting – none of it was what I was used to. I found Australians to be very friendly people.”

What Was The Big Brother Movement?

The Big Brother Movement was founded in 1925 by Sir Richard Linton to facilitate the migration of young men to Australia from the UK. At the time, Australia was in need of strong and willing young men seeking adventure and a new life away from home. The first group of more than 80 little brothers as they were known sailed from England, before arriving in Australia on December 14 1925. The early 1980s saw the termination of the sponsorship scheme due to changing migration rules.[/box]