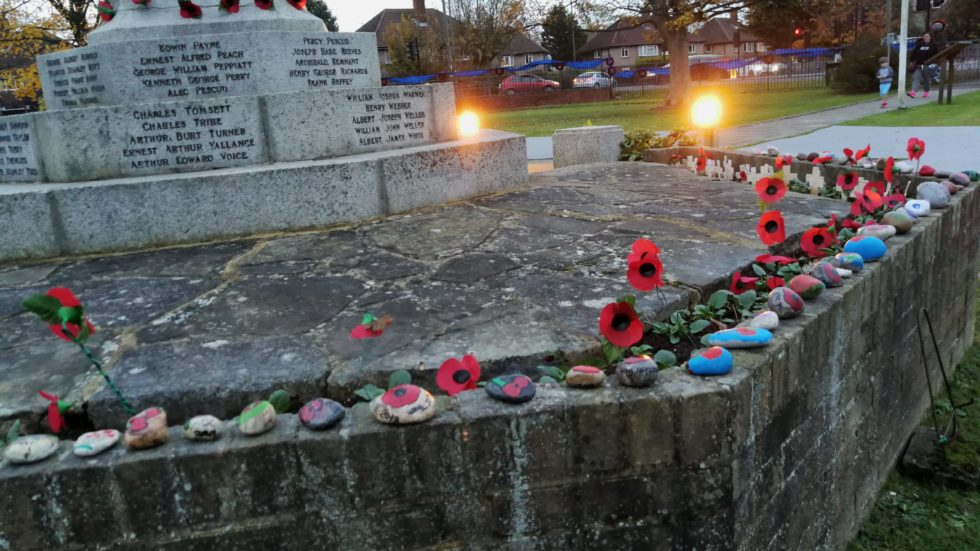 In November, as the nation remembered its war dead and the centenary of the signing of the armistice bringing hostilities in the First World War to an end, Horley remembered by using decorated stones.

Horley resident and stone painting and hiding enthusiast, Lissie Ray, who with her mum, Marion Austin, helped organise the remembrance stone laying, said: “A great number of people joined in with the stones and I think they really did their job in getting the next generation speaking about remembrance.”

For Lissie and Marion, the marking of the Remembrance season is personal, both of Lissie’s grandfathers, and her great uncle Bill, a prisoner of war in the Far East, served in the Second World War.

Speaking about the town’s Remembrance Day and the stone tribute, Lissie, said: “It was an incredible tribute and the sheer amount of people in attendance was amazing.
The organisation of the whole event was great. I was proud to be part of a community that worked so hard to show thanks.”

Primary schools and local companies come together to inspire children in STEM.