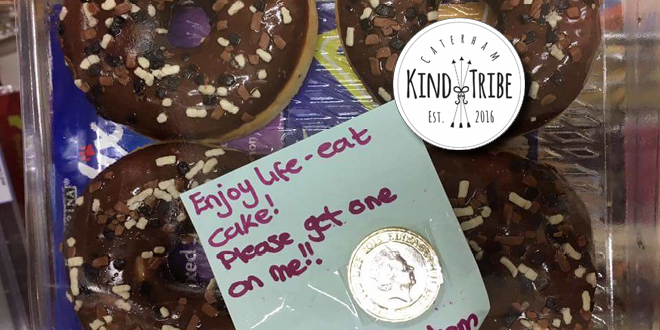 While most mothers are forever telling their children to: “Pick that up… Don’t leave that there!” Tasha Nicolaou has been actively encouraging her two young sons to leave things around!

As a parent and childcare professional Tasha was concerned about the society that her boys are growing up in and she wanted to encourage them to think of others more and in some small way give something back to their community.

Things like little toys and gifts left indiscriminately around town for other children and adults to discover and enjoy, and what started as just a fun thing for her and her family has blossomed and captured the imagination of hundreds of people.

Their very first random act of kindness was to leave a bottle of bubbles on a park bench with a note attached suggesting that the finder might like to enjoy them and then ‘pay it forward’ themselves with some other act and so spread the joy.

Tasha’s boys loved doing this, and as they continued to distribute small offerings around the town. People started to take notice and do the same themselves and in August 2016 a new community group, ‘Caterham Kind Tribe’ was born!

Communicating through their Facebook page, members demonstrate kindness in the community with ideas to inspire others – like attaching money to cakes enabling shoppers to have a free treat, or paying for coffees in advance for café customers. 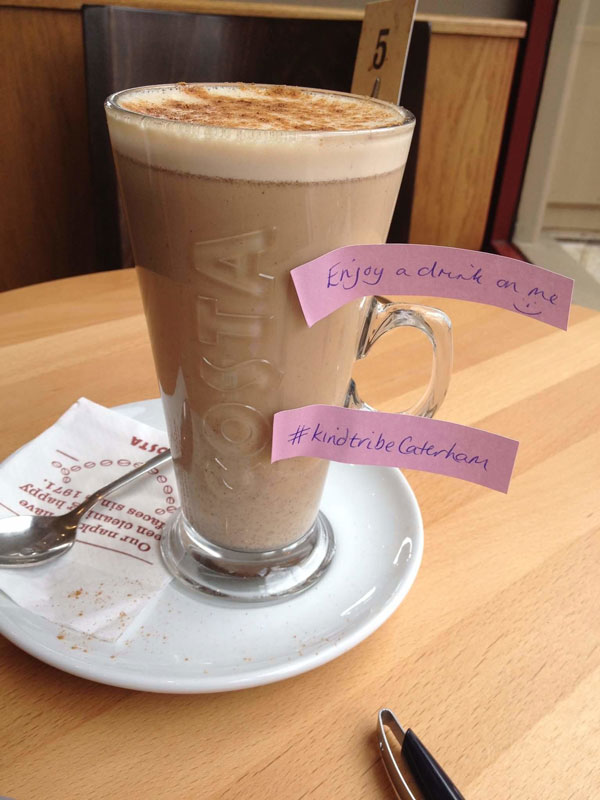 Some of the acts of kindness aren’t so little, some are large! Several members (including a professional decorator) got together to transform the bedroom of an elderly Alzheimer sufferer and books were given away at a Christmas Fair.

Hundreds of cookies were baked and along with toiletries distributed in decorated bags to a homeless charity. There are plans afoot to connect schools and care homes with children writing to residents, a litter-picking project is also planned.

Kind Tribe members give to their community in numerous ways – gifts, time, and services – large or small the only limit is imagination! There is something powerful and uplifting about the act of giving, especially when doing it with like-minded people.

As Saint Francis of Assisi said: “It is in giving that we receive” and there is no doubt that everyone benefits, both benefactor and recipient. Now this fantastic scheme is spreading to Reigate, and Lucia Browne is establishing Kind Tribe in RH2.

If you would like to be a part of either Caterham Kind Tribe or Reigate Tribe, or even start up a group in your own area please contact: