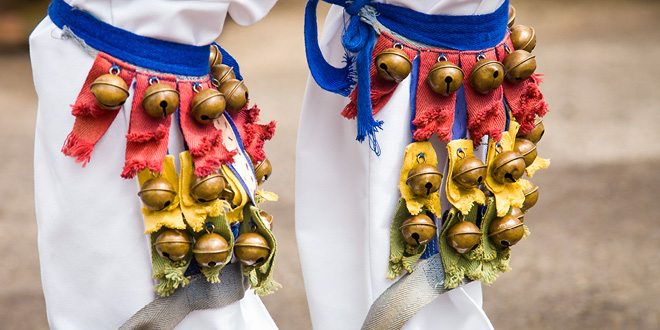 We love hearing a group’s success story, here at RH6 Uncovered and we were so pleased to hear that due to demand, Horley & Meadvale’s Folk Dance Club recently began weekly dance meet-ups!

Starting from last month, the club, which has been running for almost thirty years, started meeting EVERY Tuesday, rather than fortnightly at the Empire Hall, Victoria Road, Horley between 8-10pm, and is already proving popular with its members. However, new members and beginners are also invited to join in with this friendly folk dancing group.

“Folk dancing has been proven to be good for you both in body and mind, as well as being fun,” club Chairman Rita Hendy said. “We decided to run the group each week, as a Crawley folk club recently closed and also because some of my members have been asking me to run the club weekly for a while.”

One of the many reasons the club has become so popular is because unlike many forms of dancing, partners aren’t needed, so most members, including Rita enjoy coming along by themselves, as she explains:

“I started folk dancing after my husband died, it is something you can go to alone, as you are never left out. I live in Smallfield and we have members that come from Horley, Smallfield, Meadvale, Reigate, Merstham, Woodhatch, Turners Hill and Ewhurst, to name just a few areas that spring to mind!”

If you would like to join the group, who enjoy predominately English folk dances, contact Rita on: 01342 843629 or go along to their new weekly meetings, each Tuesday at Empire Hall.

Level Up Appeal for Laptops for Disadvantaged Children