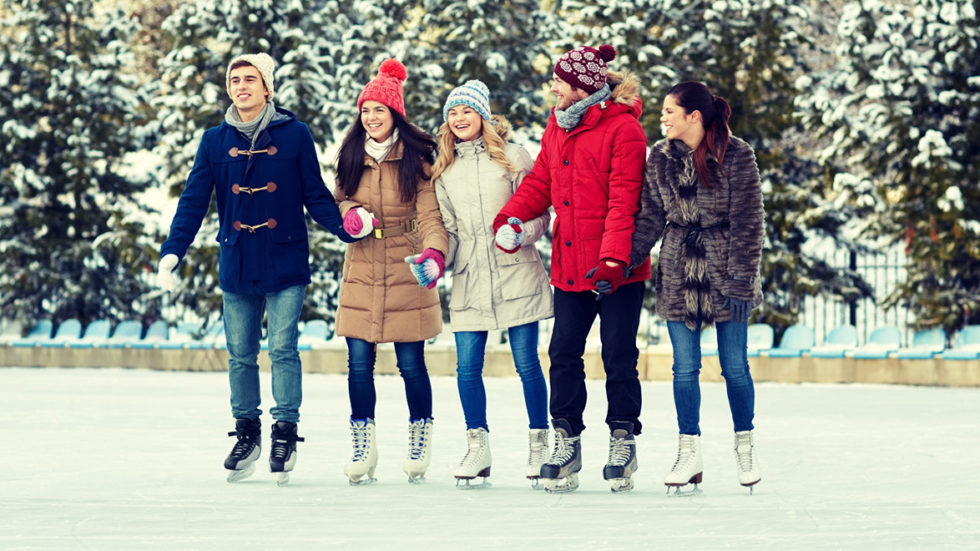 Few things capture the festive vibe quite like taking to the ice! The thrill of gliding across a rink with friends and family whilst at times holding on for dear life and at the end knowing there is a warming hearty mug of hot chocolate topped with cream and marsh mallows waiting for you at the side!

Today, ice skating can be a great way to socialise but also a great form of exercise – a far cry from its earliest beginnings thought to be in Finland some 3,000 years-ago – it can also be competitive too.

In two months, the Winter Olympics will start in Pyeongchang in South Korea where ice skating at its balletic best will feature as figure skating with some of the greatest performers on Earth in action.

It was the Winter Olympics of 1984 that Jayne Torvill and Christopher Dean rose to national prominence when the duo was crowned the Olympic ice skating champions in Sarajevo, Yugoslavia.

The two have since gone on to become household names and reality TV stars of Dancing On Ice after winning the hearts of the nation on St Valentine’s Day on that famous night more than 33 years-ago.

However, you do not have to be an Olympian nor a TV celebrity reality star to enjoy ice skating which was first brought to Britain from the Netherlands in the 17th Century, instead enjoy the fun!

Festive fun will abound at ice rinks this Christmas, so take to the ice, and get your skates on! 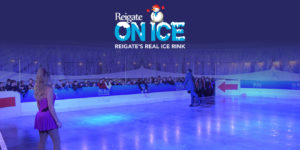 Win A Family Ticket To Reigate On Ice!

Reigate’s very own winter wonderland! The rink sits beside the picturesque Reigate Priory. If taking to the ice is not for you, enjoy the other entertainment on offer including Santa’s grotto and rides as well as a variety of hot snacks and drinks. The rink opened on November 30 and closes on January 3.

Skate tickets cost from £12.00 for adults and from £9.00 for children aged 12 or younger. For more information, see: www.reigateonice.co.uk 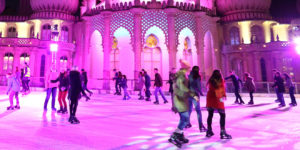 Win A Family Ticket To The Royal Pavilion Ice Rink!

The rink has the stunning former royal palace as a backdrop. For those looking to sit back, visitors can watch from the rink-side bar. With space for larger gatherings, the restaurant offers snacks and hearty meals. The rink opened on November 4 and closes on January 14.

Skate tickets cost from £10.00 for adults and from £7.00 for children aged 12 or younger. For more information, see: www.royalpavilionicerink.co.uk

Getting Your Running Shoes On For Sussex Children’s Hospice

Take To The Water!