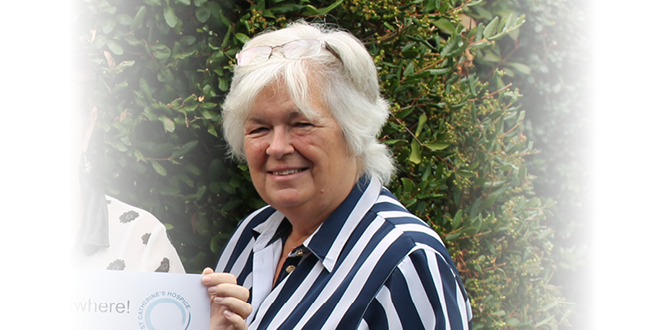 In our latest Community Hero article, we’re featuring the fantastic achievements of Sandra Corcoran who has been nominated for her services to local Brownie groups.

Sandra is believed to have been one of the youngest Brown Owls in history (she became a Brown Owl at just 18) and now, in her sixties, she is still head of the roost, encouraging young girls in Crawley to be adventurous and helpful!

The Community Hero, who lives in Furnace Green and is Brown Owl for the 2nd Furnace Green St Andrew’s Brownies, joined the Brownies in 1960, aged seven and 56 years later, has never left!
At 12 she joined the Guides and had her first taste of becoming a Pack Leader, when visiting a local Brownie group. By 18, Sandra became one of the youngest Brown Owls in Surrey history. She’s since settled in Sussex, where she became Snowy Owl and now a Brown Owl.

Her style is structured but always fun and her Brownies love her. The imagination Sandra stirs in her girls is remarkable

One of the many reasons Sandra was nominated, was for her sheer enthusiasm to excite and educate young girls.

“Sandra has worked tirelessly, enthusiastically and largely without recognition since her teens, running Brownie packs and offering young girls unusual opportunities,” Anne Blackburn, who nominated our latest Community Hero says. “If the truth be known, Sandra gets as much joy from her Brownies as they do from attending. Parents have no idea how much she puts into making their daughters’ Brownie experiences meaningful and informative.”

The Brown Owl – a PA in her working life – plans exciting speakers and trips, full of inspiring opportunities for her pack consisting of summer holiday camp trips, visits from the mayor and the fire service, a trip aboard a flight simulator… the list goes on!

Sandra is a reliable and much loved Brown Owl. She always has a waiting list for places in her smartly run pack, and she makes sure that her girls have a wide variety of opportunities to experience new things from beekeeping to a flight simulator ride, Anne continues “her Brownies are a real credit to her.

She sets high standards for herself and expects the same from her girls. On several occasions during panto trips, I have witnessed complete strangers commending her pack members on their exemplary behaviour in public, something she shares with them with real pride.”

“Her style is structured but always fun and her Brownies love her. The imagination Sandra stirs in her girls is remarkable and she organises marvellous speakers.”

“Sandra’s dedication and commitment, and also the length of time served, deserve recognition. Her reward comes from seeing the shy and nervous little girls who join her pack gain their confidence, ready to “fly up” to Guides. Its value is priceless.”

A Girls Night Out With A Difference!