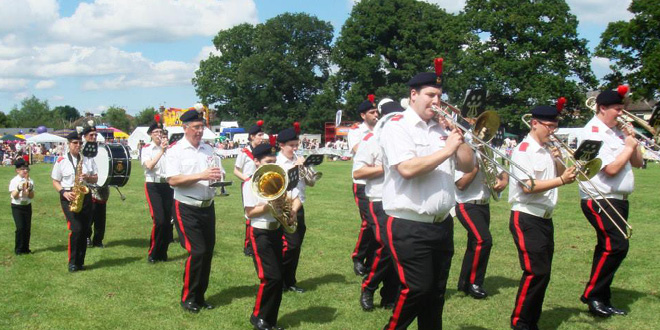 If you’ve been to fetes, village fayres and other community events over the summer, chances are you will have been fortunate to see Redhill’s Corps of Drums performing.

The marching band, who have been meeting and actively involved in local events since 1981, have had a busy summer, taking part in carnivals and fun days across Surrey and as far afield as Kent. However their forty members, are currently practising for next month’s annual show night, bonfire night and Remembrance Day events, as well as playing at the prestigious Birmingham International Tattoo event at the end of November. 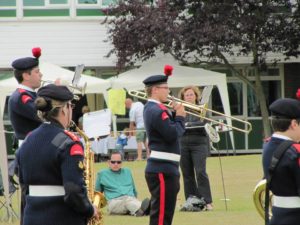 “The band’s main marching events involve local village fetes, parades or other holiday celebrations,” Corporal Rowen Martin, who joined the band, fourteen years ago, when he was just eight years old, told us. “As well as marching performances, the band often holds sit down concerts during the year and at Christmas.”

Before the two day trip to Birmingham, the band will be hosting their annual show night at St Joseph’s Church Hall in Redhill on Saturday 10th October, which as Corporal Martin explains, is the highlight in the band’s packed calendar of events!

“Our annual show night is the biggest event in our calendar, as this is the end of year presentation night for us, showing off all aspects of the band, to families, friends and supporters. This is a FREE event and everyone is welcome to come along!” 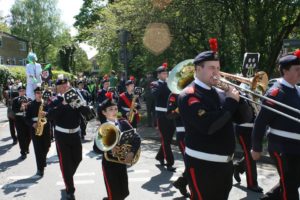 While the band has a rather active autumn planned, new members are invited to join in with band practises on Wednesdays from 6:40pm to 7:30pm and Sundays from 10:30am to 12:30pm at the Redhill Youth Association Hall, Marketfield Way, Redhill – where tuition and free instruments are given, as part of membership subscriptions.

“If you currently play an instrument or would like to give it a go then you have nothing to lose by coming along and giving it a go,” the Corps of Drums player continues. “The band is friendly and fun, playing music you’ll know and love to perform!”

Further details on the Redhill Corps of Drums can be found online at www.rcd.org.uk.