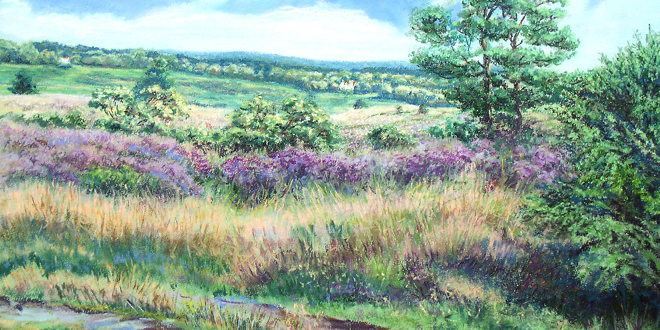 Ashdown Forest holds a special place in the heart of artist Juliet Murray.

For more than 20 years she has been selling her works from her idyllic home studio, which is only a short walk from the place where she gets her inspiration.

Her customers come from all over the country to buy her paintings, prints and cards depicting areas of the forest that are dear to their hearts. “Some of them have moved to Australia or the US and come back to visit relations, and they want to take a bit of the forest back with them when they leave,” Juliet says. “The forest is such a wonderful, unspoilt, open place in an otherwise crowded part of the country,” she adds.

When Juliet and her husband Hugh moved to the forest 34years ago, it was initially going to be another step up the property ladder, but in the event, they didn’t want to leave. Their sons, James and Nick, were born and lived there, although both have now left home.

“It is just an amazing place to live,” Juliet says. “There is nowhere better to see the seasons changing, and it is so quiet and peaceful. I can walk for an hour in the forest and not see anyone.”

Although Juliet enjoyed art at school, she didn’t start painting for a living until she was in her 30s.

She had been working as a bilingual secretary in the power, marine and construction industries when, in 1991, on impulse, she bought equipment and stock from a picture framer who was retiring. In search of customers she joined a local art class run by Royal Academy-trained tutor Geoffrey Colbourne and soon realised there was a market for her work. “No one else in my family painted, although I found some sketches my grandfather had done so it must be in the genes somewhere,” she laughs. 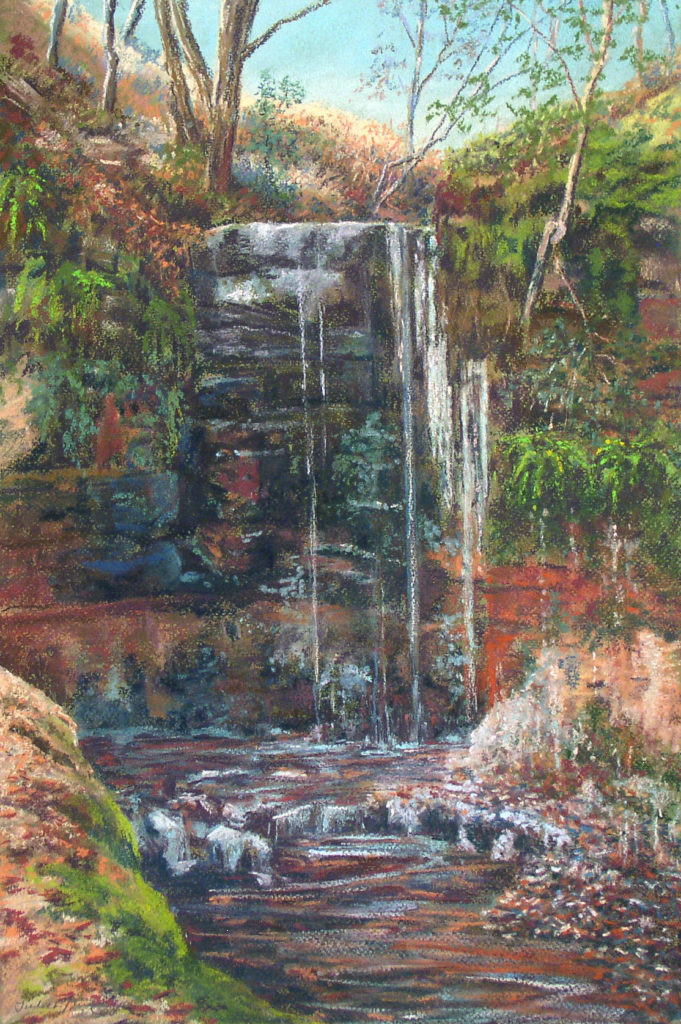 Juliet started a bespoke framing business from her workshop, which she continues to run, selling her paintings and prints alongside it. At the last count, she had sold 600 original paintings and several thousand prints.

She says she never runs out of ideas for her paintings. “I go walking on the forest with my camera and a sketchpad. Sometimes I taken an easel and start off the painting and then finish it back at the studio.”

As for the future, Juliet has no plans to stop painting. “I envisage finding more time for commissions and experimenting with different media,” she says. “Whatever I do will doubtless be inspired by the landscape on my doorstep.”

You can see Juliet’s work at Crowborough Community Centre from 7th-20th July or at herannual exhibition in Nutley on 19th-21st November. Details and online gallery at www.cogcraft.co.uk

An Evening with Terry Waite

Saffron Adds A Pinch Of Flavour To The High Street