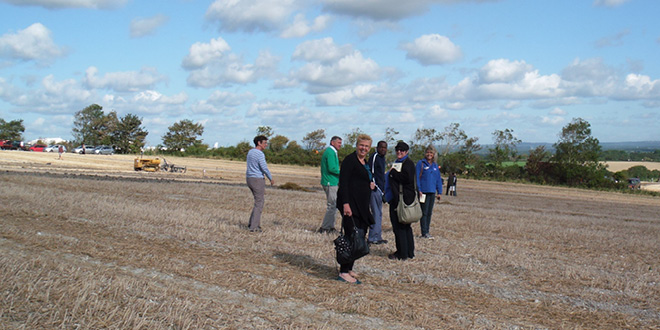 Neil’s Club is a unique and specialist service for people with Young Onset Dementia. Following Terry Pratchett’s diagnosis and subsequent passing, this is a term that is more widely understood than it used to be. Dementia is typically classed as ‘Young onset’ when it affects people under 65. It is sometimes referred to as ‘early onset’ or ‘working age’ dementia. This is when the degeneration of the brain results in a progressive decline in someone’s ability to think or reason. The symptoms are unique and variable within each individual, although certain traits are more likely to occur with some types of dementia.

In 2003, a small group of like-minded people came together in an effort to provide help and support for people with young onset dementia and their carers in West Sussex. At that time, no specific services were available apart from the Towner Club in Brighton, even though statistics indicated there were 250 – 320 people in this group in the Northern half of the county. Initially Nick Zambunni and Kath Smallwood and a close group of volunteers were given small donations to start the funding process and it was agreed that the service would run under the wing of Crossroads Care. They enlisted the help of someone who was already running a social club for older people in Balcombe. They networked on various Trust and local hospital committees and Nick worked at East Grinstead’s Saturday Club (run by Age UK and the Alzheimer’s Society jointly) to keep in touch with people who could help and identify those who might need the service.

The club needed to be a welcoming and relaxed environment and a decision was taken to base it away from Social services, hospitals or mental health establishments and instead place it in the heart of the ‘community’. After much searching, a ‘home’ was found at Balcombe Social Club and with three staff and as many volunteers, the doors were opened to members for the first time in April 2004. The club was named after a young man who had developed Young Onset Dementia at forty years old.

Neil’s club is currently based in Haywards Heath with members coming from East Grinstead, Burgess Hill, the Crawley area and beyond. It runs every Wednesday from 10 – 4pm with an aim to keeping the numbers at a maximum of seven members, as above this and the group loses its dynamics. The aim of the club is to give Young People with Dementia an interesting, rewarding and stimulating day. Being with people in a similar situation to themselves, members and carers can feel more relaxed and able to enjoy a wide range of activities and outings within the community. People in their 40’s, 50’s and 60’s are often physically active so there are plenty of walks and pastimes to satisfy these needs as well as outings in the Bluebird Community Minibus on alternate weeks. Recent outings have included a trip to Mercedes Benz World, Scott Cinema in East Grinstead and lunch at Shoreham Airport. Carers can leave their partners and parents in the safety of the regular club staff and spend the day doing something they would like, such as getting their hair cut or simply catching up on household paperwork.

If you know of anyone who may be interested in this service or anyone who would like to raise much needed funds, they are welcome to join us for a free trial session or just pop in for a cup of tea and a chat.

Can You take on the Aquathlon?