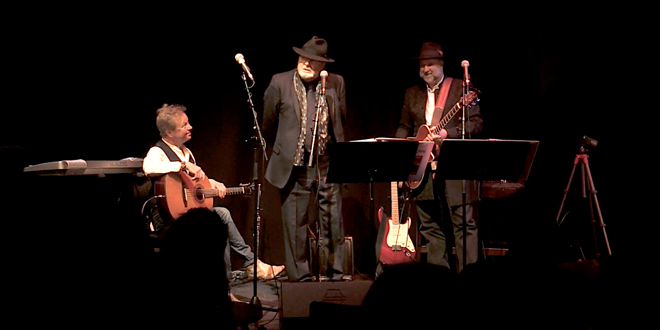 In 1993, Martin King was diagnosed with Parkinson’s disease and has devoted his life to defying the expectations of the condition.

Parkinson’s is a progressive disease that impacts the body’s movement, speech and co-ordination. It is evidenced by the deficiency of a neurotransmitter called ‘Dopamine’ resulting from the loss of brain cells.

As it stands, there isn’t a known cure for the condition but Martin and his partner, who also suffers from Parkinson’s, have proven that hope is far from lost.

‘Parkinson’s won’t kill you, unless you’re holding a chainsaw!’ Martin expressed – his unapologetically witty humour shined through as I spoke to him. Having a sense of humour is an important coping mechanism to stay happy through the dark times. Martin went on to explain about the ever-present prejudices that people with the condition have to face daily. After his diagnosis, his speech started to slur and his posture became impaired, creating the illusion that he was drunk. Sadly he has been turned away from pubs, restaurants and taxis because they have simply judged a book by its cover.

However, Martin has attended and made the most out of a range of therapies provided by Parkinson’s UK and the NHS including Aquafit and speech and language therapy. Alongside taking medication each day, Martin attends regular sessions with aquatic physiotherapists in the pool to strengthen his muscles, reduce pain and improve the heart and blood circulation.

Attending speech and language therapy, Martin found his preferred way of doing the exercises was dabbling in karaoke ‘It was a great way to strengthen my facial muscles as I had to articulate the lyrics along with the melody’. With a rich interest in creative writing, Martin followed in the footsteps of his role model, Sir John Betjeman, who was Poet Laureate writer and broadcaster who also suffered with Parkinson’s disease. Martin has spent his free time writing a first-person novel about politics and industrial espionage which keeps his mind responsive as he suffered from dyslexia at an early age. In addition to novel writing, he found writing and performing poetry cathartic and this naturally progressed into heartfelt song-writing and playing blues music with a backing band. A memorable gig was a half an hour slot on stage, held at the St James’ Theatre in London at the launch of Parkinson’s UK. His gigs for charity are publicised by word of mouth, mixed media and on local radio stations.

Gathering up a portfolio of transferable skills, Martin promotes the Parkinson’s UK charity goals and visions to ensure that different voices from those suffering and their families are heard while simultaneously making a difference to ultimately undermine the condition. He is a member of the Mid Sussex branch of the charity, attends meetings in many forums and lectures university students about living with Parkinson’s disease. Martin is an active member of the Scaynes Hill community and has organised art groups, Scaynes Hill Time Team and village day fetes, raising money for local wildlife trusts and charities. ‘Stay engaged, stay current, keep your actions relevant and others will become aware and interested.’

Tax Assist Haywards Heath: What is a van?