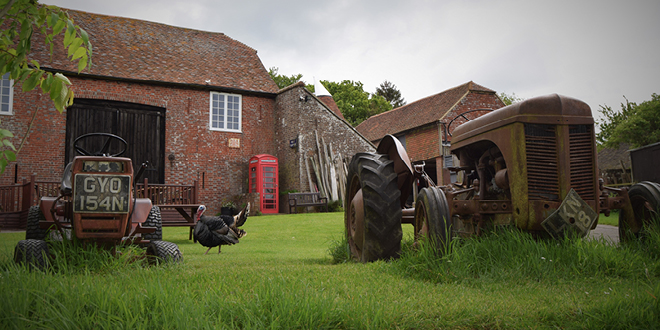 Many of you will have passed by the idyllic Heaven Farm on the outskirts of Danehill, possibly on route to Sheffield Park, but if you haven’t ever stopped in to have a proper look, perhaps now is the time. Set in one hundred acres of beautiful parkland, the farm is steeped in 600 years of farming history. The original Farm Homestead was built around 1830 during the height of a great depression that lasted over 30 years and the farm’s history is well documented back to 1387 when the present buildings were erected by a rich landowner as his Model Home Farm. The unusually well-preserved state of the farm captures a typical picture of Victorian life and little has changed in 175 years. A small museum on site demonstrates changes in farming, from the first farmer in 1930 through to his grandchildren’s generation in the 1950’s.

The current owner is John Butler, who has lived here with his family for over 50 years now. He spoke about his time at the farm. 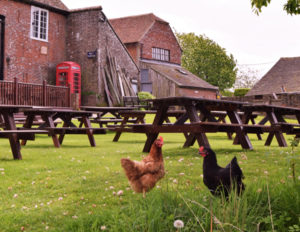 “The farm was built by Colonel Davis and a lot of the same materials and timbers were used when the present farm was rebuilt. All the big estates had their own Home Farm including nearby Sheffield Park. It was a time when most gardens would have had a pig sty at the end with a pig that they would fatten up with scraps and that was so here. The pork would have been used for the farms visitors and staff. Everything that was produced was used. Heaven Farm is unique because it’s complete. During the second world war a bomb dropped out in the park and you can still see the crater. There was also one that hit Danehill Village, which blew all the graves up. We didn’t have water on tap here until 1957 and water used to be saved from the Spring. There was no electricity until 1960. Things were not always easy. For me, the catalyst was the hurricane of October 1987 when a lot of the roofs were damaged and trees were laid flat. We had no electricity for two weeks and the main road was closed for days. The bluebells were the ‘saviour of my woods’ as we used them as an attraction to the general public. That first year we opened to the public, we had 3000 visitors and gave them tea and biscuits in the barn!”

Things have come on a long way since that time and you can expect a little more than tea in the barn, yet the farm manages to retain its relaxed non-commercial atmosphere. The Stable Tearooms have been added and offer a range of food including afternoon tea and Sunday roasts whilst more recently, a Farm shop and Cart Lodge Antique and Collectables shop has opened. The many wandering fowl are always a hit with the children as are the antique tractors on display in the grounds. 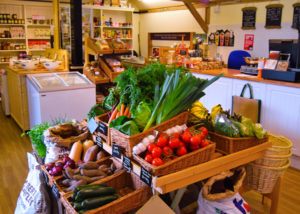 One of the best features has to be the Nature Trail, which has featured many times on BBC TV and is set in an impressive Sussex ancient woodland. In Spring, the snow-white wood anemones are the first to blanket the floor, followed by a carpet of stunning bluebells. Summer offers up glades of foxgloves dotted around the woods whilst the autumn leaves are particularly spectacular. Other items of interest include an ancient Roman ‘Bloomery’, a ‘Millennium’ waterwheel, as well as a 300-year-old dam, badger sets and fox earths. The Muntjac deer and wallabies are favourites with the visitors.

Mr Butler has had to keep up with the times and his latest innovative way to finance the upkeep of this historic farm is the introduction of ‘Weddings made in Heaven’. A complete package is offered with the marriage ceremony taking place by the lily pond overlooking rolling hills and ancient woodland!

Entrance is free to the farm and shop area but an admission ticket needs to be purchased for the nature trail.

The Many Themes Of East Grinstead’s High Street Floral Display

Do you know someone that deserves a holiday?