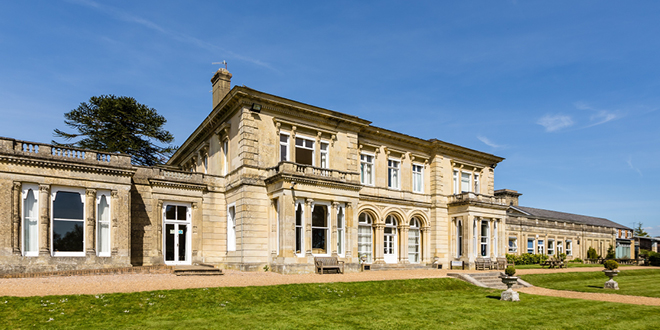 My memories of school swimming lessons consist mainly of the smell of chlorine, sinking like a stone, avoiding soggy Elastoplasts on the changing room floor, and trying to get dressed in a hurry yanking on clothes over damp skin (it’s almost impossible, especially the socks).

All these memories came flooding back when I heard that Dunottar School has recently had their swimming pool and changing rooms refurbished. Largely unaltered since it was first built in the 1950s Dunottar’s pool was long overdue an upgrade and the work was completed earlier this year in May.

This improvement marks the latest stage of the school’s overall development plans. Last summer the Science Laboratories were redesigned and refurbished swiftly followed by the modernisation of the Library, which was funded by the PTA. This major facelift is due to continue with plans to develop and improve buildings and facilities throughout the school in the near future.

Dunottar was first established in Brownlow by Mrs Jessie Elliot-Pyle in 1926, and the school celebrated its 90th anniversary in June. Named after Dunottar Castle in Scotland where King Charles II kept the Scottish Crown Jewels in 1651 Mrs Elliot-Pyle considered the minds of her young students to be like precious jewels in need of safekeeping in her school ‘castle’!

By 1933 the school had outgrown its original home, and it moved to the beautiful Palladian-style mansion in High Trees Road, Reigate, its present 15-acre site. It continued to flourish throughout the last century but after a period of uncertainty a few years ago, in 2014 the school became part of United Learning, a national educational group which includes Caterham School and Guildford High School.

Being a part of United Learning’s family of schools has greatly benefited Dunottar, which is now co-educational, and the Group’s investment has enabled its most recent developments.

However, it is not only Dunottar pupils, and staff that can benefit from one particular facility – their wonderful new pool is hired out regularly to other local schools and organisations for swimming sessions. At 25 metres long and 3.2 metres at the deep end, it is a very versatile size and also ideal for SCUBA training which is now available.

If any of this has whet (or wet?) your appetite for Dunottar and the educational resources that it offers, the next Open Day is this month on September 13 (you’ll have to leave your cossie at home though).

Men Required To Brighten The Lives of Others

A Stunning Stomp Through Surrey