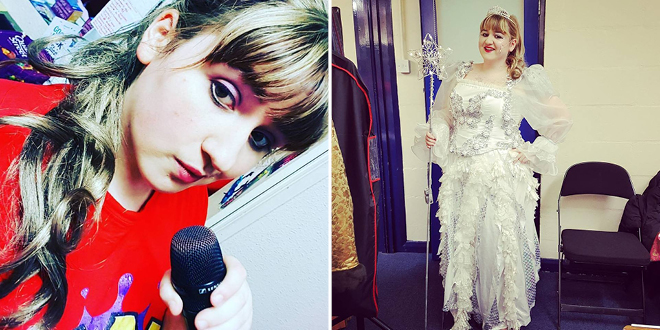 The holiday season is upon us, and for one local performer every day for the past few months has been spent at a holiday camp as Mid Sussex performer Emma Hudson spends a second season as an entertainer, or Trouper for Parkdean Resorts. This year, based at West Bay Holiday Park in Dorset she is performing up to four times a week, including her own cabaret set, and singing anything from 1920s jazz to modern day tracks.

From an early age, Emma, 26, went to drama and singing lessons. She attended Saturday morning stage school before joining amateur dramatic groups across Mid Sussex. In 2013, Emma took part in what she recalls as her most memorable career moment, she was part of a community chorus for the world premiere of Imago at Glyndebourne performing in front of 1,000 people.

Emma explains that her passion for performing arts started at a very early age, she says: “The first time I was on stage when I was three years-old. I played the Wicked Queen in my nursery’s production of Snow White. I remember wearing a crepe paper cape and having a fantastic time! After the show finished, I jumped down from the stage, ran straight up to my mother and said, ‘I really enjoyed that mummy!’”

Speaking about the moment she wanted to follow a career in the arts, Emma says: “I knew performing was what I wanted to pursue at 12. My parents took me to see Les Miserables in the West End, and the thing blew me away. On the way home, I read the actor’s bios in the programme and realised that this was their real job. That blew me away even more and I knew that’s what I wanted to do with my life.”

Emma says that the biggest challenge for any performer is developing a thick skin where performing to an audience is concerned, she says: “With performing, whether you work professionally or enjoy it as a hobby, there are going to be disappointments and rejections. It’s about being confident enough in yourself to be able to handle it. It’s definitely an ongoing process, but I’m definitely better than I was!” 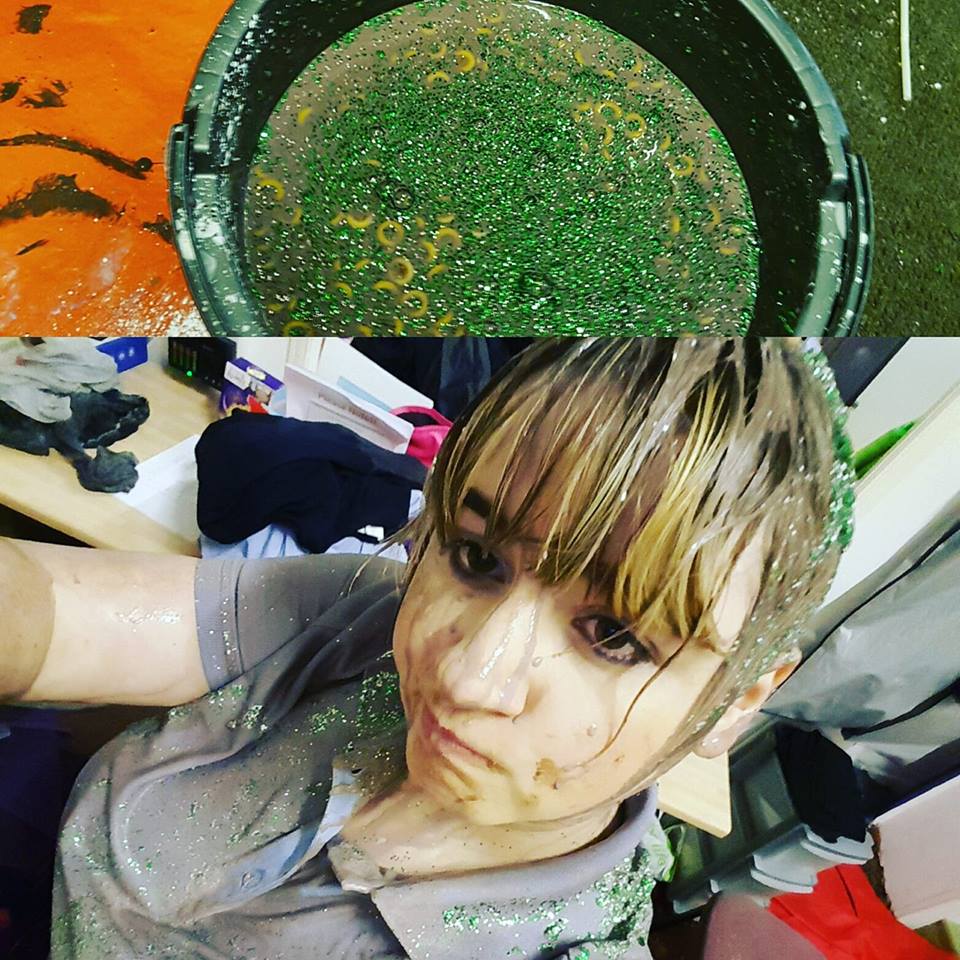 Looking Goo-ed!
During the Easter weekend, brave entertainer Emma followed in the gooey footsteps of entertainment legends of past and present when she was gunged on stage in a cold cocktail of glitter and spaghetti hoops. [/box] [/one_half_last]

Looking ahead, Emma says her next steps in the world of performing arts will see her fulfill her aspiration of more study. She says: “In the next few months I’m planning on applying to study a Masters in Musical Theatre. I’ve always wanted to try the drama school experience! I definitely want to keep working professionally, whatever that may mean for me in the future.”

Staying true to her roots, Emma credits groups in and around Haywards Heath for her drama career development, she says: “I grew up as a part of the Weald Theatre Group and Act Too Productions, where I was also part of the Act Too Arts Academy, both as a student and a teacher, they have been essential to my training. I’ve also been lucky enough to be a part of the Haywards Heath Operatic Society, along with many others.”