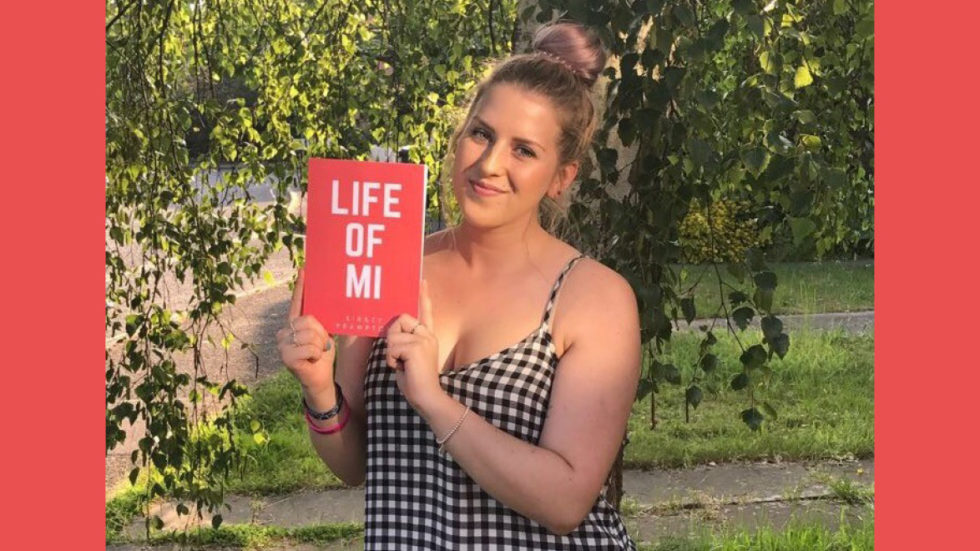 My mental health battle has been a long one. I have suffered from depression since my teens, although, it was not diagnosed for years. My behaviour was put down to being a teenager.

It was not until 2014 that Haywards Heath author and blogger Kirsty Frampton was diagnosed with depression. She was then diagnosed with Post-Traumatic Stress Disorder (PTSD) in 2016 and Bipolar Type II in 2017. When Kirsty received her diagnosis in 2014 she found that writing was very therapeutic and she started writing about how she was feeling and what she was going through.

Kirsty found that people were asking her the same questions – how she had come to have depression? what does it feel like? what treatments were available? and so on. These people wanted to find out more and she was relieved to know that there was a huge amount of support for people with mental illness, and this is what inspired Kirsty to start blogging about mental health.

In 2014, Kirsty published her first blog post, she was putting herself online, and she received an overwhelming number of positive responses.

This encouraged her to continue the blog, and the support continued to grow, with people getting in touch to share their stories about mental health and telling Kirsty how they have found the blog to be a great comfort to know that someone else can understand.

At the end of 2016, Kirsty started to think about writing a book about her experiences following her two successful years of blogging, she felt that it was the right time to tell her story in its entirety. In January 2017, Kirsty started playing around with a few ideas, and before she knew it, she had written a few chapters and had a notebook full of ideas ready to go off to a publisher.

“Suddenly, the book started pouring out of me onto paper, and before I knew it I was eating dinner with my partner one evening and said ‘I think I finished my book today’” said Kirsty.

Life of MI is a memoir, beginning with 12-year-old Kirsty and it tells her life story up to 2017. The book covers her parents’ divorce and how she struggled to fit in as a teenager. Kirsty talks about other key experiences which have contributed to her mental health, including volatile relationships, heartbreak, her troubled time at university and being diagnosed with Bipolar.

Although the topic is serious and Kirsty has been unapologetically honest, it is written in a humorous way, making it more engaging. Kirsty’s aims are to educate people in this way, to encourage people to talk openly about mental health and to ultimately end the stigma surrounding mental health and create a support network for those suffering from mental illness.

A Nation of Fitness Fibbers

Is your mole a friendly one?