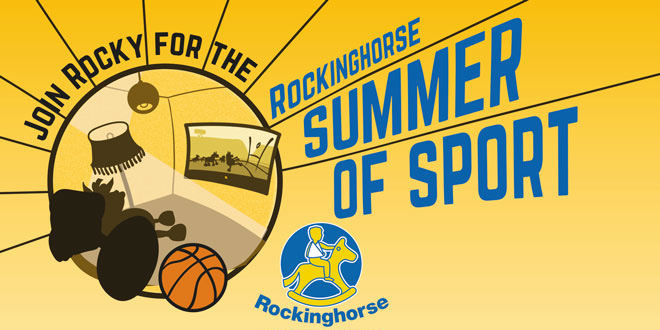 Rockinghorse children’s charity is based in Brighton, but is calling upon people in Haywards Heath and surrounding areas to help with its Summer of Sport campaign.

The charity aims to improve the lives of poorly children throughout Sussex. The summer campaign hopes to raise money for the children’s emergency department at the Royal Alexandra’s Hospital with four cardiac monitors.

Around 27,000 young patients from across Sussex are admitted to this department every year, so the charity is aiming to raise £25,000 this summer for the county’s only dedicated children’s hospital.

Analiese Docrove, Head of Fundraising at Rockinghorse told RH Uncovered: “Activity at the Emergency Department is increasing year on year with children admitted from all over Sussex, including the Mid Sussex areas of Haywards Heath and Burgess Hill.

“We’re asking our Mid Sussex supporters to get involved in our Summer of Sport campaign and organise a fundraising event of their very own – it can be anything from a static cycle to a sporting quiz – the choice is theirs! 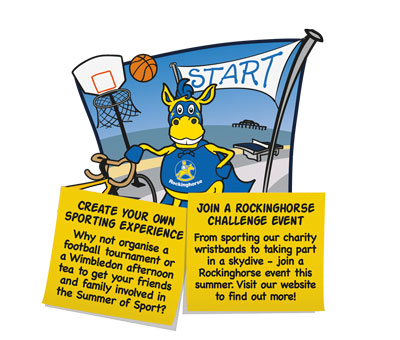 “We’ve put together a great fundraising pack to help get supporters started and we can also provide Rockinghorse branded t-shirts, balloons and collection buckets to support individual events.”

The charity is looking for schools, businesses and community groups to take part in the campaign by getting involved in a sporting event and raising some cash.
Rockinghorse themselves will be getting involved in cycle challenges, walks, runs, Brighton’s Paddle Round the Pier Festival and the annual Rockinghorse Dragon Boat Race.

A Summer of Sport fundraising pack is available for those wanting to get involved, visit the website www.rockinghorse.org.uk for more information.

A touch of history: Slaugham Place and Ruins