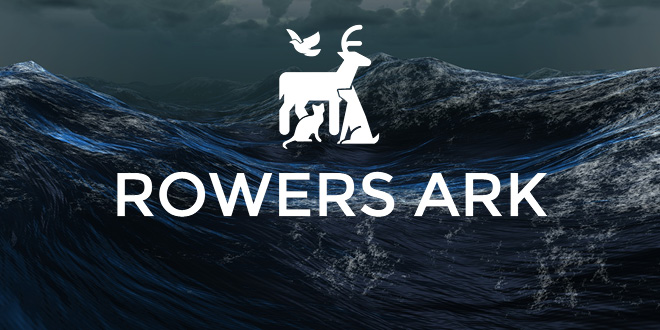 This December, Daryl Farmer from Forest Row will say goodbye to his partner Sabine and her 12-year-old daughter Elli for three months to spend Christmas entirely alone for a charity challenge.

Leaving the safe haven of his home in Winnie the Pooh’s Ashdown Forest, Daryl is to risk his life pretty much every day doing the scariest and craziest thing he’s ever taken on.

He’s attempting to row solo across the wild Atlantic Ocean as one of just four solo rowers in the Talisker Whisky Atlantic Challenge in his 7m ocean rowing vessel – Bojangles. To put the task into perspective, fewer people have successfully rowed an ocean than have climbed Everest.

The perilous journey will witness him being at sea, alone and unsupported by crew or rescue boats, rowing up to 16 hours every day, at worst dealing with ocean waves and storms, sleep deprivation and sharks, and at best dealing with salt sores, blisters and an aching back.

If he finds himself in serious trouble, he has to find a way to sort it out himself – or hope that a passing ship notices Bojangles – his purpose built floating home for three months!

The threat of death is a real one that he will have to contend with on this epic journey.

So what has driven him to take on such a risky and dangerous challenge? Well, even greater than his fear of what he’s taking on, is his desire to raise awareness for two charities really close to his heart.

In 2012 Daryl lost his mother to kidney cancer. Unfortunately, her cancer had been wrongly diagnosed, and he wants to make sure that no one else has to go through what she, and all
her family, went through with her illness.

As a result, some of the funds raised will go to the Peter Andre Fund, which specifically focuses on raising awareness of how to reduce the risks of getting cancer and also how to detect
cancer at an earlier stage.

As a wildlife rescuer he also hopes the row will raise a significant amount of money for East Sussex Wildlife Rescue Ambulance Service (WRAS).

WRAS is a rescue organisation that specialises in a localised area with a very specific goal.

Typically, the first time someone will learn about WRAS is when they find wildlife in distress and reach out for help. WRAS rescue and assess injured and wounded animals, rehabilitating them and returning them to their native habitat. It may not be headline-grabbing; but it is key work in the preservation of the natural environment.

Taking on this challenge is hugely expensive and a massive financial risk. Every pound received from funders will be split with 60% going to the charities and 40% going towards the cost of
the row. Once costs are recouped, then 100% of the monies received will go to the charities.

Although this is a ‘Solo’ row, and it is only Daryl on the boat, the thought of people around the world believing in him and the cause and message that this ‘Rowers Ark’ represents, will keep him pushing during the inevitable dark days which lay ahead, and for that he is truly grateful.

[box type=”info” align=”” class=”” width=”600″]For more information or if you would like to donate, no matter how small, and be a part of this journey and a part of the Rowers Ark family,
visit: www.rowers-ark.com or, email: info@rowers-ark.com[/box]

Will you find a ‘lonely bouquet’?

Forest Row author unveils the ‘Secrets of the Chest!’