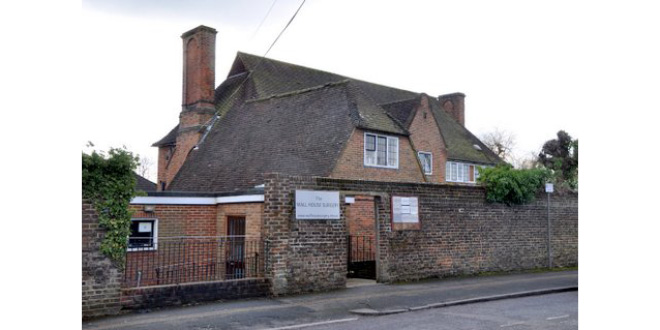 Mention Henry VIII to most people and certain things will come to mind…. serial matrimony, divorce, beheading, corpulence, gout, dissolution of monasteries etc., and given those activities, it’s unlikely that ‘Health Care Regulations’ would be high on the list. However, it was indeed this portly ruler who in 1511 introduced an act of parliament regulating the medical profession for the first time. This Act required that any would-be doctor must first apply to the Bishop of each diocese for a licence. Henry also went on to charter the Royal College of Physicians in 1518 and united the Company of Barbers with the Guild of Surgeons in 1580.

The earliest identified licenced doctor practicing in Reigate was Joseph Garret in 1662. Other physicians practiced in the area throughout the century when medicine was crude and ‘nearly all serious illness was fatal thus reducing the workload’.* Medical knowledge improved during the 18th century along with an understanding of preventative medicine and hygiene. Two doctors settled in Reigate around the same time – Thomas Steele, (a walking apothecary who did his rounds with a hollow stick filled with pills) came in 1793; and Thomas Martin in 1800. Both men established strong, long-lasting partnerships in the town. 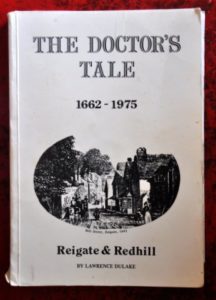 Thomas Martin was encouraged into the medical profession by his GP father. He was a leader in social reform and spent his life seeking to improve the living conditions of the working classes whose ignorance and poverty he saw as the cause of much avoidable illness.

Even then, he recognised the dangers of smoking, regarding it as a cause of cancer. Sadly, his young wife, Elizabeth (nee Charrington) died, as did two of his daughters, and a riding accident resulted in him losing a leg. However, his concern for the poor never wavered despite his own personal tragedy. His son, Peter joined the practice in 1834 and from then on, a constant doctrine
of GPs has kept the practice going to this present day.

Lawrence Dulake, who joined the practice in 1925, wrote a book entitled, ‘The Doctor’s Tale, A History of General and Hospital Practice (1662 – 1975)’. One of his colleagues, Dr Whitworth a retired obstetrician, recalls the first time he saw Dr Dulake, a self-taught surgeon, at work. ‘In one day he performed four different types of surgery – abdominal (colonoscopy), hysterectomy, knee, tonsils and adenoids’ – such skill from one who had taught himself from a book.

From Thomas Martin in 1800 to Dr Patrick Kerr and partners in 2016, this methuselah of GP practices, The Wallhouse Surgery, has along with other local practices influenced the care of Reigate and Redhill residents for the last 216 years, making it the longest continuous practice in the country. Thank you, King Henry!

A Taste Of Honey

Having A Ball In Reigate