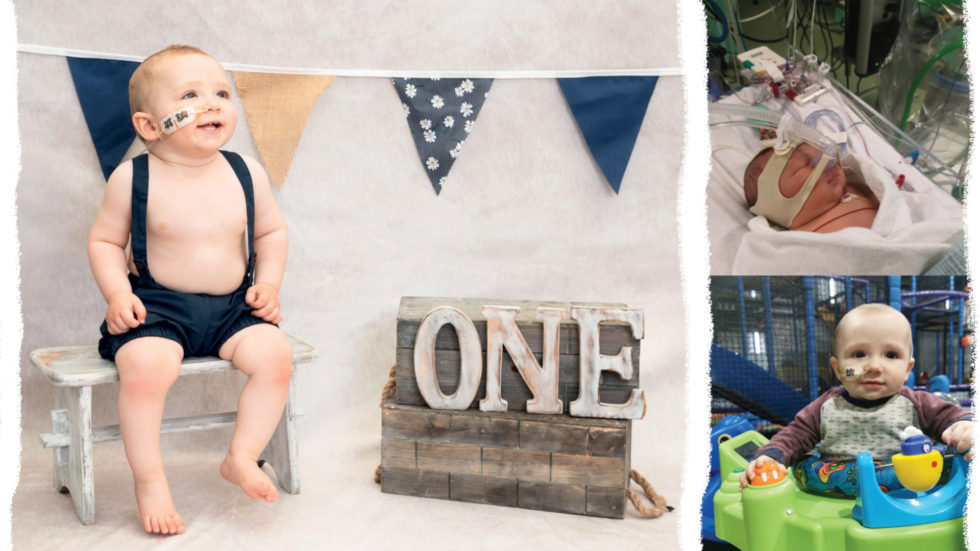 From what they thought to be a normal pregnancy and a healthy child, Lina and Rafael welcomed their baby boy Gabriel into the world in May of 2021, but things took a turn for the worse when the nurses realised Gabriel was short of breath just moments after the birth.

After being taking to intensive care and then onto Evelina London Children’s Hospital, Lina and Rafael were given the news all parents dread, that little Gabriel has a tumour in his heart, just hours after delivery. The tumour is a Left Ventricle Fibroma which only a handful of people in the UK have been diagnosed with, so the resources are scarce and having had no sign or indication of this during pregnancy, the family have had no time to prepare and were told Gabriel may only have years, months or even weeks.

To avoid stress on his heart, Gabriel has to eat through a feeding tube as the tumour is pressing on his airways, which also means he can only sleep in half-hour windows. As he is prone to respiratory infections, his heart could stop at any moment.

Lina and Rafael were asked by consultants if they could send Gabriel’s MRI images to Boston Children’s Hospital, USA. After researching more, Lina discovered that although it is not available through the NHS there is a solution in surgery available at this hospital in Boston. Lina works as a waitress and Rafael in security meaning there was no way they will be able to pay the £140,000 for ‘debulking or re-sectioning of the ventricular fibroma’ which could drastically improve or even cure Gabriel.

Lina and Rafael are in desperate need of help from others and without this, baby Gabriel may not survive the year. The distribution of our magazine is to 150,000 homes, if every household donated £1, we could help Gabriel smash the target.

To donate visit www.gofundme.com/f/gabriels-tumour-surgery and you could help save a baby’s life. For more information, visit www.savegabriel.com/gabriels-story

Experts Warn Home Is Where the Harm Is