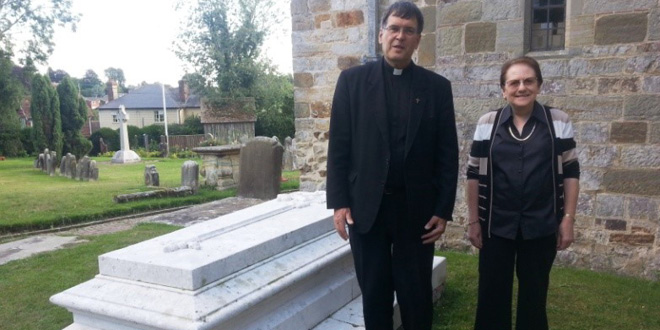 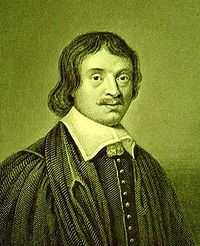 On a beautiful spring day, the tomb of Archbishop Robert Leighton in the picturesque churchyard of St Giles, Horsted Keynes looks becoming of such an illustrious man. But just who was the trail-blazing Scottish scholar and church minister best known as Archbishop of Glasgow and Bishop of Dunblane, buried in this quintessentially English village of Mid Sussex?

Leighton lived through one of the most turbulent periods in Scottish history, the era of the Reformation where torture of those with Presbyterian beliefs was commonplace – his grandfather was a pre-Reformation Roman Catholic and his father Alexander suffered at the hands of Scottish Episcopalians for opposing the historic tradition of bishops in the Church.

He became a Presbyterian minister yet went on to be ordained a bishop for the good of the Church, serving at Dunblane and then his highest accolade of all, Archbishop of Glasgow. Horsted Keynes and Danehill historian Ann Govas said: “His imaginative, constructive quest for Christian unity in the Scotland of his day, made him oil on very troubled waters”.

Leighton spent the last ten years of his life in the village living with his sister Saphira Lightmaker at Broadhurst Manor. He was nicknamed the ‘Little Bishop’ by villagers who would observe him walking up and down under the trees at the Manor reading. He also visited the sick of the village, giving them inspirational sermons to help them in their recovery.

During his life, he gave away most of the money he had after his frugal needs were met so that when he died all that was left were his books. These were left to the diocese of Dunblane, together with a small amount of money, to build a library. The books are still kept in Dunblane, in what is the oldest purpose built library in Scotland, and which bears his name. He won an appreciable following for centuries after his death and 300 years on he is still well remembered in Scotland. Such was the affection in which he was held as a writer and holy man for his work building bridges between Presbyterians and Anglicans, a memorial tomb was erected by national subscription in the middle of the nineteenth-century.

Last year, the tomb was given a clean, and seventeenth-century Horsted Keynes was brought back to life. The epitaph on the tombstone is clear for all to see and a poignant reminder of the ‘Little Bishop’ of Horsted Keynes – “Here rest the remains of Robert Leighton, Bishop of Dunblane, afterwards Archbishop of Glasgow. In an age of religious strife he adorned the doctrine of God his saviour by a holy life and by the meek and loving spirit which breathes through his writing”.

Leighton’s legacy lives on in the twenty-first-century in the village school, St. Giles’ motto, a motto taken from Leighton himself – ‘In mitiorem partis’ meaning ‘towards the gentler side’. An apt motto for a man who lived in brutal times but who sought to bring gentleness.

Animal Lover? We’ve Found Just The Thing For You