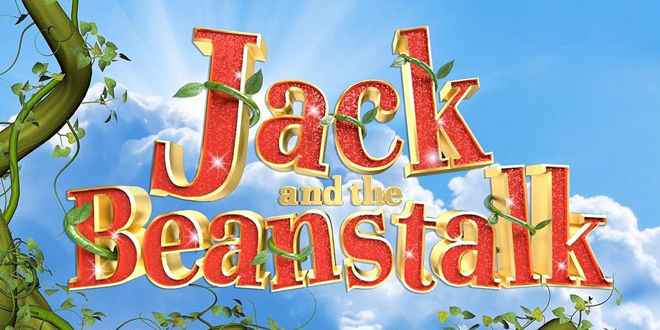 The Harlequin Theatre and Cinema, Redhill has announced that professional dance champions and Strictly Come Dancing power couple, James and Ola Jordan, will headline their star-studded Christmas pantomime, Jack and the Beanstalk.

Following his recent triumph as Dancing on Ice champion on ITV’s hugely popular ice skating contest, James will step into his first acting role as the menacing Fleshcreep, whilst Ola will star as the magical Spirit of the Beans.

The husband and wife team rose to fame when they joined the BBC’s flagship family entertainment programme, Strictly Come Dancing, in 2006 and remained viewer favourites throughout their time on the show.

As Strictly pros, they partnered a total of 18 celebrity contestants between them ranging from Paul Daniels to Dr Pamela Stephenson, Sid Owen to Alex Jones. 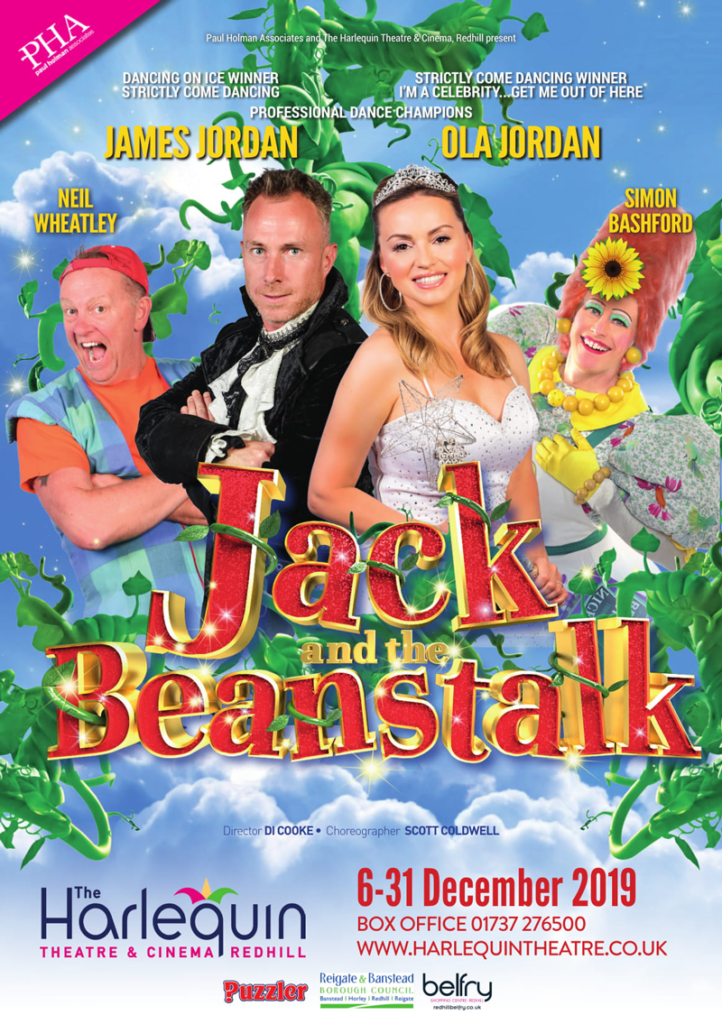 Although James never quite made it to the top spot on Strictly (narrowly missing out on the title with Denise Van Outen in the series 10 final), he recently made up for it as he swapped his dance shoes for ice skates. Turning the tables; as the pro became celebrity contestant; James and his Dancing on Ice skating partner, Alexandra Schauman, wowed both the judges and viewers alike as they took to the ice each week with a series of breathtaking routines, ultimately skating to victory and taking home the winner’s trophy following their jaw-dropping version of Torvill & Dean’s Bolero in a fierce final watched by over 5.7 million people.

The years since Strictly have seen the pair take on a wide variety of on-screen challenges, ranging from James’ two stints on Celebrity Big Brother to Ola’s adventures in the jungle on I’m a Celebrity… Get Me Out of Here! Now the duo will take to the stage once more, in what will be their first ever pantomime performance, as they star in Redhill’s enormously popular annual Christmas production.

Jack and the Beanstalk follows last year’s record-breaking production of Snow White and the Seven Dwarfs and promises to be more spectacular than ever, featuring awe-inspiring scenery, costumes and special effects, all the well-loved pantomime traditions and plenty of laughs along the way.

Jack and the Beanstalk runs from Friday 6th to Tuesday 31st December 2019.

How To Stay Safe In The Sun