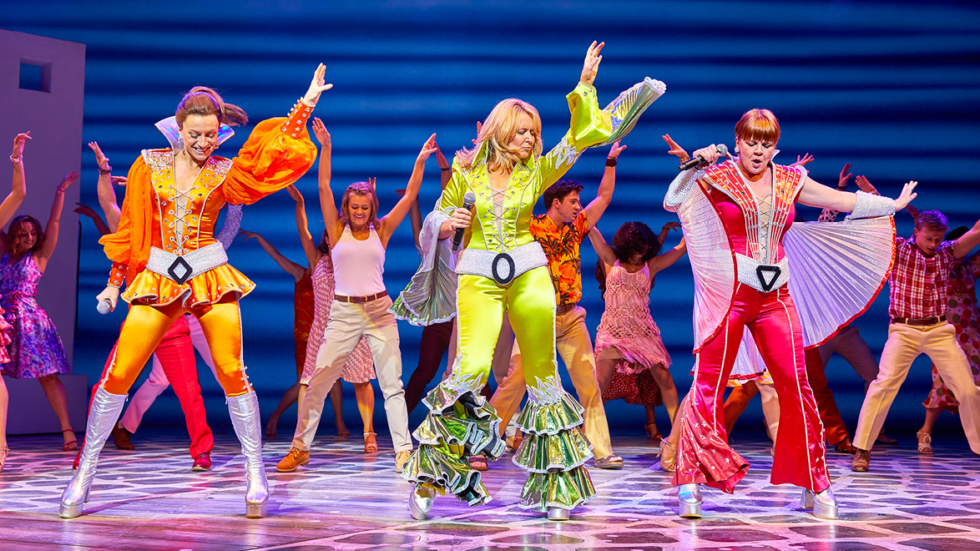 A mother, a daughter and three possible fathers, and a trip down the aisle you’ll never forget!

The sensational feel-good musical MAMMA MIA! will come to The Brighton Centre for a two and a half week run from Tuesday, August 15 – Sunday, September 3 as part of the show’s first UK tour.

MAMMA MIA! is musical theatre producer Judy Craymer’s ingenious and creative vision of staging the much-loved story-telling magic of ABBA’s timeless songs with an enchanting tale of family and friendship unfolding on a picturesque Greek island paradise where things do not quite go to plan.

To date, the show has been seen by more than 60 million people in 50 productions in 16 different languages. MAMMA MIA! The Movie, released in 2008 and starring Hollywood superstars Meryl Streep and Pierce Brosnan, is the highest worldwide grossing live-action musical film of all time.

From London’s West End to true global phenomenon, the London production of MAMMA MIA! has now been seen by more than 10% of the entire UK population. It has the high accolade of being one of five musicals to have run for more than 10 years both on Broadway and in the West End.

Further historical achievements of a cultural nature followed in July 2011 when the hit show became the first Western musical ever to be staged in the Mandarin language in the People’s Republic of China, in Shanghai’s world famous Grand Theatre – it had previously been performed in English.

Rebecca Esteves, revenue and commerce manager at the Brighton Centre, said: “We’re really excited to be welcoming such an established show to the Brighton Centre. Having wowed crowds in the West End it’s a great honour to be among the venues that will be featuring it during its UK tour.’

“MAMMA MIA! is a tremendous feel good show with a fantastic soundtrack so we’re sure it will be as big a hit on the coast as it has been in the capital, and we’re really looking forward to welcoming the cast and crew to Brighton.”

With music and lyrics by Benny Andersson and Björn Ulvaeus, MAMMA MIA! is written by Catherine Johnson, directed by Phyllida Lloyd and choreographed by Anthony Van Laast and features a funny tale on a Greek island – on the eve of her wedding, a daughter’s quest to discover the true identity of her father brings three men from her mother’s past to the island they last visited 20-years-ago.

The MAMMA MIA! UK Tour is produced by Judy Craymer, Richard East and Björn Ulvaeus for Littlestar in association with Universal and NGM. With the story-telling magic of ABBA’s timeless songs, this enchanting tale of love, laughter and friendship ensures every night everyone’s having the time of their lives and leave The Brighton Centre thanking ABBA for the music!

Get Your Kicks & Join A Football Club