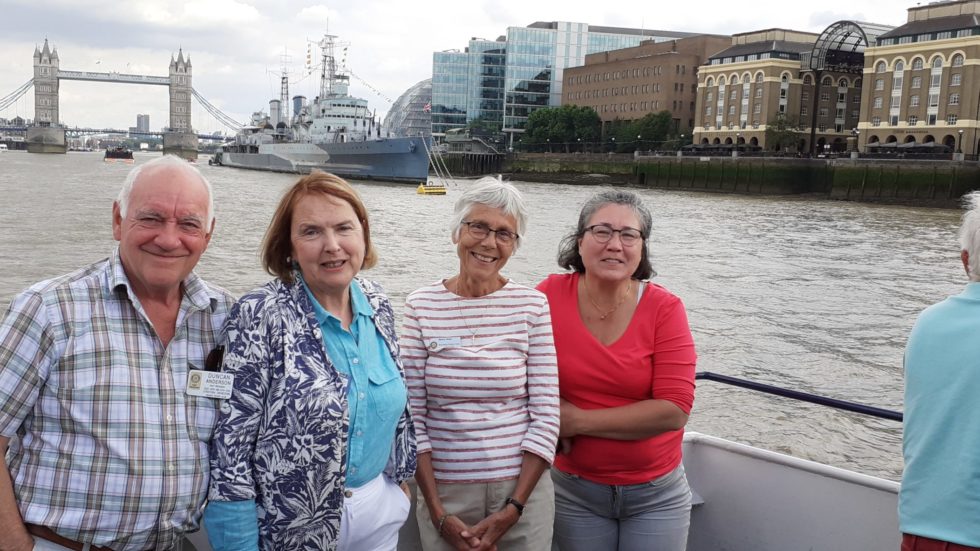 Happy Birthday To The Rotary Club Of Reigate

The first Rotary Club was formed in Chicago in 1905 when a group of business associates met in the city, they began rotating weekly meetings at each other’s offices, hence the name, Rotary. Some 24 years after the formation of the first club in America’s Mid West, Reigate’s Rotary Club was born with the first meeting was held on March 25 with seven founding members, and interim president, A.W. Makovski.

The mother club of the organisation was the Sutton Rotary Club, a club charter was received by July 1929, and by the end of the summer, the number of members of the Rotary Club of Reigate grew to 17. Since then, it has grown and grown in size and more engaged in activities, and innovative in its approach to Rotary Club life. In July 1994, the club launched its own publication, The Reigate Rotarian, for members.

To mark the organisation’s birthday, a historical figure from further back in history than 1929 appeared, when Henry VIII was guest speaker at a grand dinner held to commemorate the 90th anniversary of the founding of The Rotary Club of Reigate. The club welcomed guests from the Bronshoj club in Denmark, with whom they have been twinned for nearly 50 years, to join the celebrations.

Philip Capstick from the Rotary Club of Reigate, speaking about the grand dinner, said: “Entertainment was provided by Tony Harris who as Henry VIII gave a hilarious performance recounting the saga of his many wives. The celebration continued the following day when 96 Rotarians and guests visited Westminster where they boarded a riverboat for a cruise and lunch.”

In 2019, 90 years on, Rotary Club of Reigate continues to flourish with 44 active members, both male and female, enjoying weekly lunch meetings and organising events to raise funds for local charities and good causes worldwide. More than 90 club presidents later, and after raising untold amounts of money for those in need the organisation remains at the forefront of fundraising and community life in Reigate.

The Rotary Club of Reigate has 90 successful years under its belt, the organisation
is ambitious about the future, for the club to continue it needs new members, for more information about the organisation’s wide-range of giving back and networking opportunities,
and membership, visit: www.reigaterotary.org