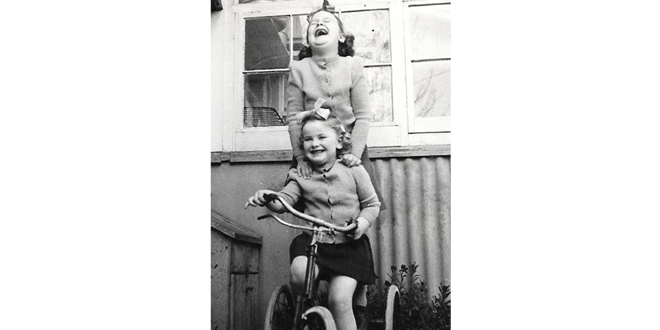 To many, growing up in a village during the 1950s was a clearly and dearly remembered way of life.  Residents will often talk about living in villages during that era with a cherished sentimentality and nostalgia, despite the still ever-present memory of the Second World War.

During the 1940’s women’s roles and expectations evolved rapidly when the male population joined the armed forces. Sparking an opportunity for women to replace male employment roles and pursue careers. However after the war, many women were expected to make the transition back to the stereotypical ‘housewife’ role and men returned to work in their communities.
On the whole, life seemed simple but enriching with plenty to do.

Many villagers who were born in the 1950’s vividly remember how different life was as children compared to modern day life.

Ardingly during the 1950’s was a lively little village with high employment. One particular villager, Cheryl Bettam vividly remembers her childhood; “I remember seeing mothers out and about with their children in Silvercross Coachbuilt prams buying fresh and organic groceries from the general store in College Road. On the whole, families didn’t own fridges and supermarkets didn’t exist, so they would buy their food daily which meant there was less food wasted by living this way of life.’

“Following the ways of wartime, food rationing still existed. Before sweet rationing ended in February 1953, the most prized present a child would get in their stockings on Christmas morning would be an orange and a dinky two ounce bar of chocolate, bought from Mace’s Confectioners on the High Street.”

Nowadays it is a rare sight to see a group of children outside creating their own fun because the development in technology is persistent. It wasn’t until the late fifties that black and white televisions made their way into British households and even then, the freedom of the outdoors beckoned lively children.

“In those days, children played in the streets and fields without the fear of traffic or the obstruction of parked cars. Hopscotch, making dens and skipping were among the activities we would play” said, Cheryl. Technology was scarce and the minority owned a black and white television therefore, it was never a surprise to see kids playing outside and helping themselves to healthy doses of fresh air.

Cheryl explained that Ardingly was a close-knit and trusting community, so much so that people would leave their front doors on the latch and hang a key on a piece of string behind the letterbox for children that weren’t at school to come and go as they please.

Each garden was bordered with low picket fences and it was a great opportunity for neighbours to catch up across the wall. As well as knowing your neighbours by name, the villagers would greet the local policeman with a cheery wave and friendly conversation as he patrolled through Ardingly on his bike.

In the absence of cars and pavements, people would either walk or cycle to and from work or school; “I would always be very excited to get the bus into Haywards Heath on a Saturday morning.” Cheryl said with her lips curling into a smile.

On the whole, the village was self-sufficient. With a local doctor’s surgery held in Attlee Cottage in College Road and other local shops dotted around the village. During the fifties, children seemed to retain childish innocence filled with fun and games and maybe the odd chore here and there!

‘We were one of the lucky Couples’ Molly’s story