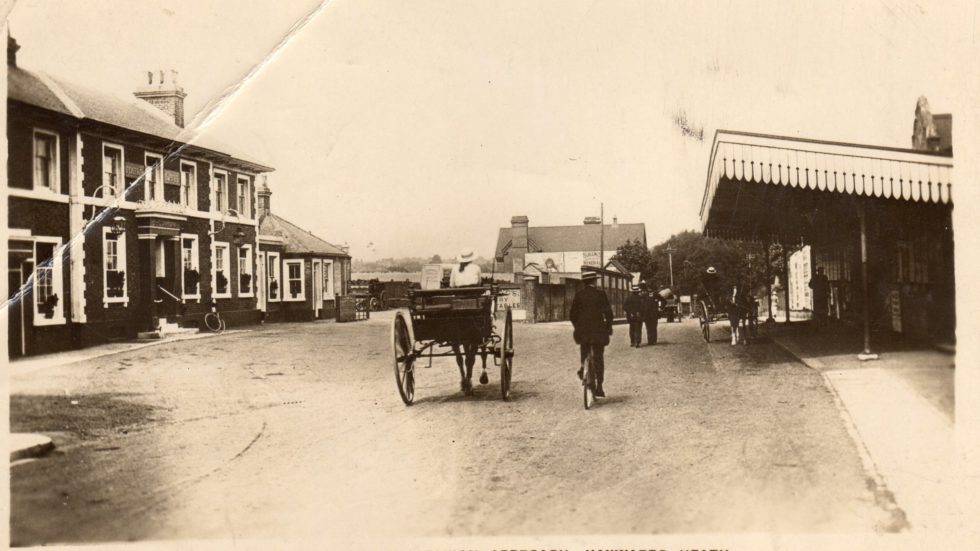 Rail enthusiasts and keen local historians alike are invited to visit Cuckfield Museum’s latest exhibition entitled, Haywards Heath – Cuckfield’s Noisy Neighbour. The special exhibition, which runs until May tells the complex story of the relationship between the two Mid Sussex communities, and the arrival of rail to the area.

For generations, Cuckfield was a small, ancient Mid Sussex village, it is said that it rejected the coming of the modern world when the railway arrived in 1841. So much so, a train station was built not in the established community, but, in the middle of the Heath – a location which Cuckfield Museum’s Phillipa Malins describes as a deserted but for a few farms and cottages, and a windmill at its highest point.

Cuckfield would largely remain a small and compact community until after the Second World War, but a town, Haywards Heath, grew rapidly from the mid-19th Century around the train station on the Heath as people realised that they could live in the countryside whilst easily commute to London or Brighton for business, the town’s location, in the centre of Sussex made it an important central county hub.

A new exhibition at Cuckfield Museum looks at the early years of the town and figures such as Thomas Bannister, a farmer and auctioneer, who realised the potential of the railway in moving livestock when he established a cattle market at the foot of Boltro Road, in 1868. The market became one of the largest in the UK, handling around 100,000 animals a year, and brought huge amounts of money to the town.

As well as enterprise, ecclesiastically provisions needed to be taken into consideration, when the railway first arrived, the nearest church for local parishioners was at Cuckfield, and Rev T.A. Maberley would visit Haywards Heath to hold services on a Sunday afternoon in a loft above a carpenter’s workshop on the corner of Milton Road, it was not until 1865 that the town’s own church, St Wilfrid’s, was consecrated.

As the town prospered, it became known for its many fashionable private schools offering education within easy reach of London for parents to visit. The railway was also a deciding factor in the location of the Sussex Lunatic Asylum in the town in 1859. Commissioners recommended it would be convenient with easy public conveyances, whilst not too close to the railway with nuisances, such as steam engines.

The town’s population grew between the wars – the electrification of the railway brought an influx of commuters to the town, however, there was a shortage of housing. Cuckfield Museum’s exhibition looks at a project, headed by the Rotary Club, to build Franklands Village in the mid 1930’s – a 45-acre site was cleared below the Birch Hotel for the renowned local architect, Harold Turner to increase housing stock.

How To Keep Your Pets Safe This Christmas

Give The Game Of Chess A Go In East Grinstead

Getting The Most Out Of Your Test Drive

Helping Your Child Get On The Property Ladder