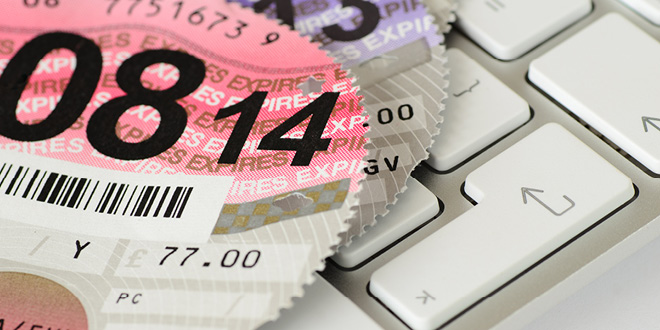 It’s been over a year now since the way that we tax our cars was changed, yet it seems many people are still struggling to get to grips with the new system.

For 93 years, us motorists were quite happy to hand over our money at the post office (perhaps happy is not the right word) and in exchange be given a little round circle of paper with some numbers on it letting us know that our car was now taxed for another six months, maybe even a year if we were feeling flush.
It even came with added challenges for no extra cost.

The first was to see if you could remove the circle from the rectangular piece of paper in one go, or without accidentally ripping it. The second would be to get it in to the tax disc holder in front of the other tax discs. Failing that, getting the tax disc holder to stick back on the windscreen for more than two days at a time.

Not only did the DVLA rob us of these little challenges, they also stole a tried and tested system of reminding us to tax our cars. A quick glance in the corner of the windscreen would quickly settle any doubts as to whether or not the car will need taxing at the end of the month. If it did, often a quick check to see if the MOT was still in date would also follow. Assuming all was in order, a trip to the post office would ensue and everything would be hunky-dory for another six months at least.

However, since the tax disc has been abolished, a growing number of motorists are having their cars clamped or towed because of confusion over the system that has now been in place for over a year.

Statistics show that the number of vehicles being clamped or impounded has rocketed from around 5,500 a month under the good old paper-circle-in-the-screen system, to more than 8,000 a month now. With July seeing over 10,500. A big part of the confusion has been put down to the procedure that now exists when a car is sold.

No longer can you sell a car as ‘taxed and tested’, instead the tax now has to be cancelled when you sell the vehicle and re-taxed by the new keeper. A handy little way of the DVLA receiving two months of revenue for the price of one, each and every time a car is sold. So if you sell a car in the middle of the month, you’ll still be charged the tax until the end of the month. The new keeper also has to tax the car from the beginning of the month in which you sold the car. You can do the math as to who is doing best out of that little arrangement.

Of course the DVLA urges people to check the status of their tax and MOT online, which is as simple as typing in your registration number and vehicle’s make. The link, should you want to check your own vehicle is https://www.gov.uk/check-vehicle-tax.

The knock on effect that we, as an MOT testing station are seeing is that some motorists are speeding past their MOT due-date and not realising it. We’ve seen cars that are five months out of date purely because the owner is used to getting the MOT done at around the same time as they taxed the car.
Fortunately we, like many garages, offer a free MOT-reminder service that will send you a reminder to your phone around a month before it’s due. VOSA will also do this, but charge you for the pleasure. As far as taxing the vehicle is concerned, perhaps a note on a calendar or a well-placed sticker in the car will help you avoid any nasty fines.

Also, a word to the wise: The next time you buy or sell a car, do it at the end of the month…

All of us at Morley Auto Services would like to wish the readers of RH Uncovered magazine a merry Christmas and a happy New Year.

Questions to Ask Your Garage