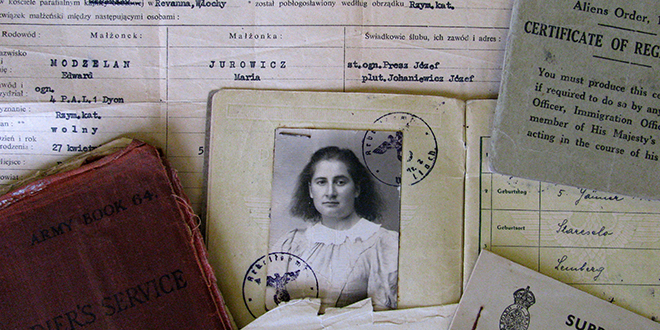 Did you know that there has been an established Polish presence in Surrey since the early part of the 20th Century? In many instances, Polish migrant workers found their way to the county, moving outwards from London for new commerce opportunities.

Some of the first Poles to call Surrey home arrived with the large-scale immigration of European Jews which occurred during the 19th Century when immigrants came to Britain from Congress Poland, and an area that included most of what is modern day Lithuania, Belarus, Poland, Moldova, Ukraine, and parts of Russia.

During the Second World War, Poles, came to the county of Surrey as service personnel in the Polish Allied Forces, refugees, or members of the Polish Resettlement Corps (PRC). In fact, some 2,000 Poles settled in Surrey, and a large number of these new county residents found their way to Witley, near Godalming, and a resettlement camp, Tweedsmuir Camp, near Thursley.

The camp closed in the late 1950s with residents moving to villages such as Thursley, Milford and Elstead where they found permanent homes. The war also saw heroic efforts of Polish air crews which is now legendary, and RAF Redhill Aerodrome, was part of the Elementary Flight Training School, running testing and grading courses for airmen.

In recent times, since the 1990s, Surrey’s Polish community has grown as a result of  Poles working and studying in the county. According to the 2011 Census, there were 521,000 Polish-born residents were living in the UK, with provisional results from the census indicating that there were around 7,500 Polish-born residents in Surrey on Census Day.

Polish-British Relations For Young People In 2019

At the University of Surrey, students can join the Polish Society, most members are Polish or have Polish roots. The society was created to bring together Poles at university who may be feeling homesick having moved to the UK, and Polish people looking to socialise and experience Polish culture. In January, students did their bit for charity and raised £1,255 for the largest Polish charity, GOCC Foundation, which funds cutting-edge hospital equipment.

Can You Help Bring Surrey’s Polish Links To Life?

Surrey History Centre in Woking has a number of helpful resources, but, do you have family documents, or other information which can be added to the archives? Perhaps, you would like to research your Polish family roots in Surrey? If so, Surrey History Centre and its knowledgeable research team can help, for more information, call: 01483 518737, or email: shs@surreycc.gov.uk, or visit: www.surreycc.gov.uk/surreyhistorycentre