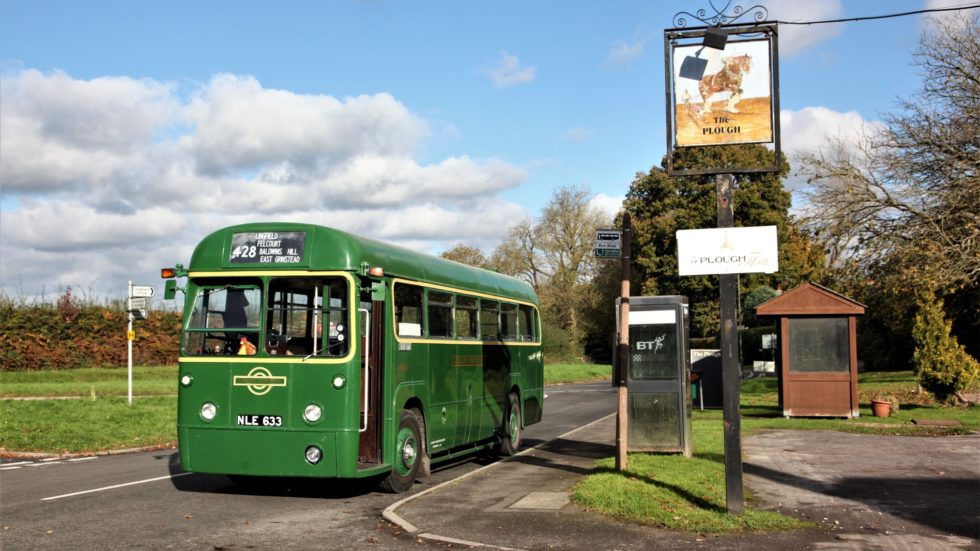 All Aboard For East Grinstead’s Vintage Bus Day & Rally

Do you like green London Transport buses? Do you enjoy days out in the country? Do you remember days on Green Rovers? If the answer is yes to any of these questions, Country Bus Rallies are for you. Whether you are a bus enthusiast, a fifties fanatic, a photographer, or someone who just likes a day out, Country Bus Rallies is just the thing for you, and on Sunday, April 28, the group comes to East Grinstead with vintage buses aplenty.

Country Bus Rallies is a small group of preservationists who own and restore London Transport vehicles largely from the post-war period of 1948 to 1970. As well as preserving Britain’s transport heritage, the enthusiasts keep the buses on the road, each year they hold three rallies which see buses of yesteryear take to the roads once more, in East Grinstead, Sevenoaks and Hertfordshire,  as well as a winter bus rally when a service runs the historic route 227 – Crystal Palace to Bromley using buses from the 1950s.

East Grinstead was the first Country Bus Rallies event, starting in 1995, now, 24 years on the rally brings together 25 vehicles which will operate the town routes that were once served by London Transport and Maidstone and District, many of them now privately-owned have been restored with many years of hard work, others come from the London Bus Museum based at Brooklands. The event which will be based in the High Street, which will be closed to traffic except for the buses, will run from 9.30am until 5.00pm.

Among the highlights will be the 409 starting at Forest Row and running to Godstone, the 434 which in the 1950’s ran from Horsham to Edenbridge – on this occasion, the Crawley to Edenbridge section will be covered, the 494 from East Grinstead to Oxted Station, and the 428 from Dormansland and Lingfield into the town centre, covered by the RT double decker vehicles and RF single decker, part of the fleet of 7,000 vehicles built in the years after the Second World War.

Maidstone and District vehicles will cover the 91 routes through Forest Row and Hartfield, with a turning at Holtye Common. There will be an open-top town service using a 1940 vehicle from the Claude Jesset Collection at Tinkers Park in East Sussex that formerly worked in Brighton and Hove. The vintage bus journeys are free of charge, but a donation can be made by purchasing a  copy of the timetable from the organisers on the day, the booklet is priced at £8.00.

Get Taken For A Ride By Country Bus Rallies

Get Your Youngster Fit For Work

A Date For Horley Residents’ Diaries

Take On Twickenham & Step Up To The Stadium Challenge