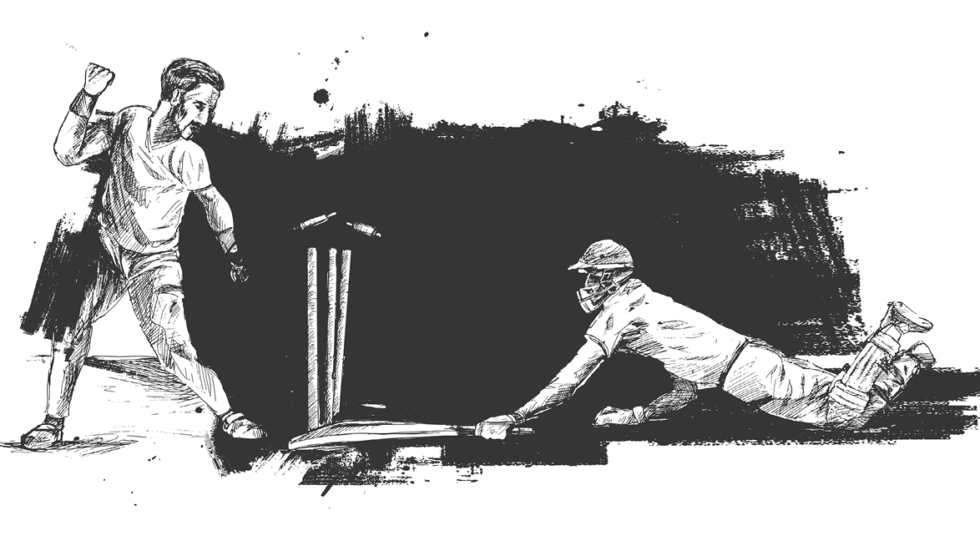 Ahead of the Ashes series which starts when Joe Root captains England against the Australians in Brisbane this month, RH Uncovered looks at the influence of Reigate Priory Cricket Club on the sport globally.

It is generally agreed that Reigate Priory Cricket Club (RPCC) was founded in 1852, however, cricket historians believed that there was a Reigate Cricket Club as a forerunner for many years prior to that. Reigate has long been associated with developments in the sport from as early as the 1770s.

Reigate’s earliest link to the Land Down Under can be attributed to hometown-born William Caffyn who played for Reigate Priory Cricket Club during the 1850s and 1860s. Caffyn would go on to star in the first England cricket tour to USA and Canada, and the first tours to Australia in 1861 and 1863.

Howzat! For A Stat

He stayed in Melbourne where he coached, and developed the game in Australia before returning home to establish the family hairdressing business in Reigate High Street. On his return, Caffyn would be instrumental in arranging club fixtures against a United All England XI.

In 1882, Walter W Read, batsman for Reigate Priory Club resigned as secretary of the club to tour Australia with the legendary Ivo Bligh’s team – this would be the tour when the Ashes legend was created after the test team played a county house XI at the Rupertswood Estate, near Melbourne.

Read went on to captain England on the 1887-88 tour of Australia, and the 1891-92 tour of South Africa – his father ran a school on West Street in Reigate where Walter would teach. Read’s former home can still be found in Evesham Road, where it is marked by a commemorative blue plaque.

Today, Reigate Priory Cricket Club boasts a programme of events throughout the season, and every other year the club hosts a summer ball. Plans for the club’s future are ambitious and include the support of the club’s membership and the local community, proving the club in 2017 is 165, not out!

Dates For Your Diary
The Ashes series starts later this month with five test matches being contested across Australia.

Doctor In The (Wall) House

Footloose, Kick Off The Sunday Shoes This Autumn!