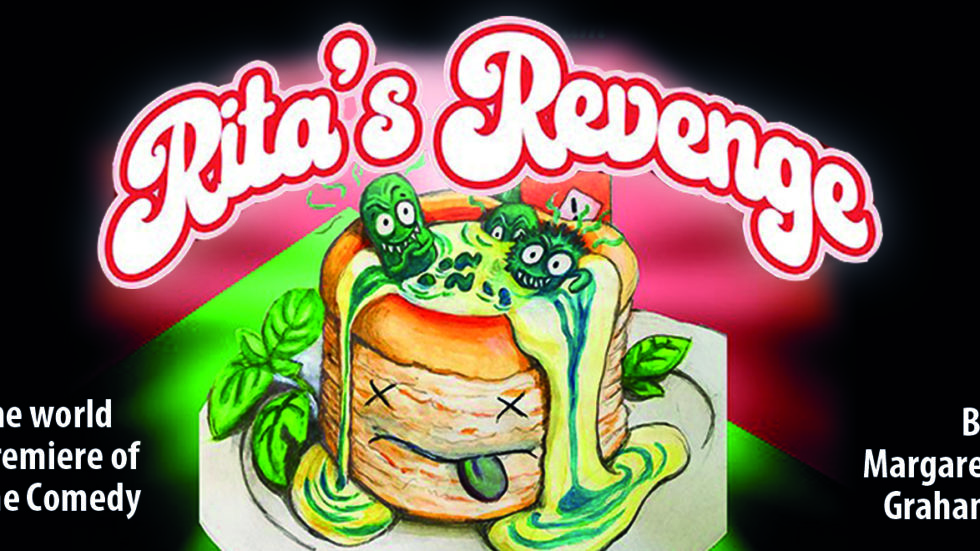 Margaret was soon persuaded on stage – most notable role: Cinderella’s Rappin’ Fairy Godmother. Then Barn directors said ‘Write us a play!’. So she did.

An unknown playwright was a risk but thankfully Miniskirts & Revelations (2013) became a sell-out, NODA award-winning success. This drama/comedy featured a 1960s family-run guesthouse. Audiences particularly warmed to ‘Grandma’, who informed the nosy Health Inspector it was ‘Wait-and-see pie’ for dinner.

The sequel Flowery Shirts & Strange Relations (2015) proved equally successful, as did thought-provoking Benches (2017), where departed souls from different eras sat on their seaside seats and told their stories.

October’s Rita’s Revenge is very different. Originally it was a prop, a playscript book Margaret had mocked up to feature in Flowery Shirts. On realising such a play didn’t actually exist the cast nagged her until she wrote it. Rita’s Revenge is pure comedy designed to lift the spirits in these challenging times. It’s also a little bit cheeky! 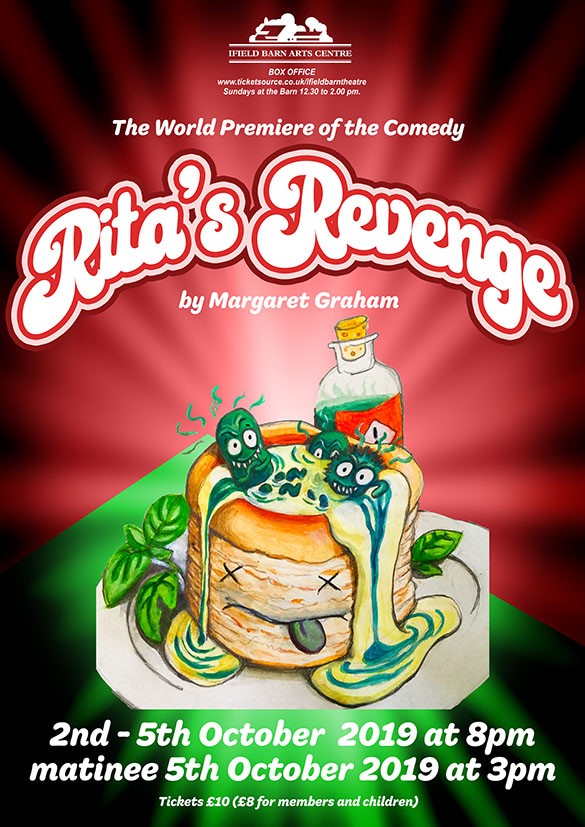 a ‘hidden gem’ in the heart of Ifield Village. A registered charity, its ancient farm
buildings form a comfortable theatre and popular arts centre.